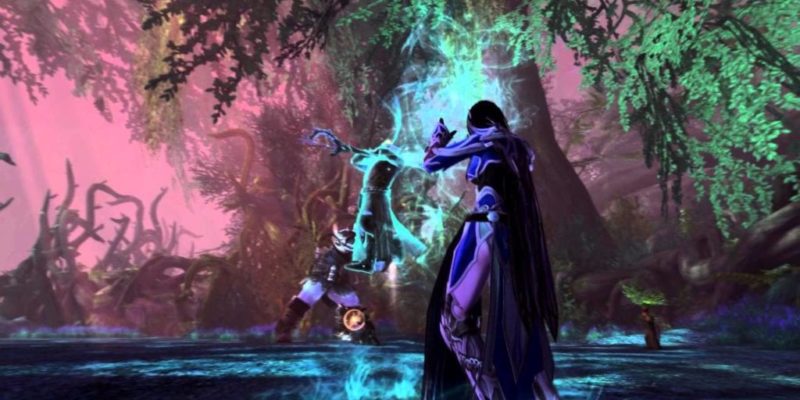 Neverwinter is an MMO with some reassuring fantasy naming conventions in it. For their first expansion, Fury of the Feywild (pretty good already,) you’ll be able to explore the enchanted woods of Sharandar. Just enjoy saying that place with me. Sharandar. Shharrrandaaarr. Great stuff.

Anyway, like most of Neverwinter this expansion will be free when it launches on 22 August. HOWEVER, if you want to go nuts and spend like $60.00 USD on some extra bits and bobs to make your character look a bit fancier than all the rest, the game certainly isn’t going to stop you. A couple of Feywild ‘packs’ are available and you can learn about what they have to offer right here.

“New and exciting content is at the heart of making and expanding a persistent world. Our goal is to deliver engaging and constant updates to our players so that they always have something new to discover in game,” says Cryptic Studios CEO Jack Emmert. Which is a really bland way of putting it, but maybe he had a gun to his head or something.

Apparently, Fury of the Feywild is just the first of several planned expansions.

Battlefield 4 merchandise aims for the cash-happy among you