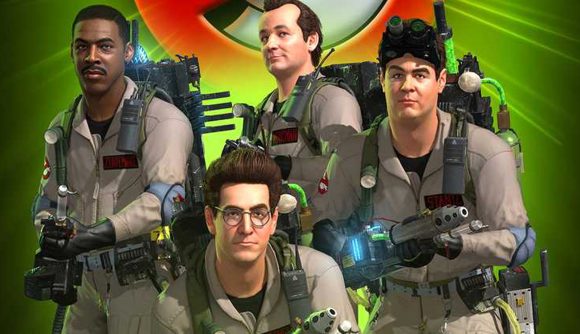 The devs of Friday the 13th: the Game must be huge fans of Halloween, as their next game will reportedly be a Ghostbusters one. Granted, the Friday the 13th films are a degree of separation away from the more family-friendly Ghostbusters. No machete decapitations in the latter, that’s for sure. But there’s something to be said about a group of developers who are consistently dealing with the spooky.

There aren’t any concrete details yet about what the Ghostbusters game could entail. But judging from Illfonic’s previous games, it’ll likely be a multiplayer game. Both of Illfonic’s previous games, Friday the 13th and Predator: Hunting Grounds followed a similar format of a blood-hungry killer on the chase for prey. Ghosts from Ghostbusters may not be as gruesome, but there’s certainly room for a cat-and-mouse game between ghost and ghostbuster.

The news broke when Illfonic co-founder Raphael Saadiq accidentally slipped during a podcast interview. During the Questlove Supreme podcast, Saadiq discusses his involvement with Illfonic studios and talks about its past ventures with Friday the 13th and Predator. Eventually, he reveals the big news, saying the studio is “working on Ghostbusters right now.”

Ghostbusters is a natural evolution for Illfonic to take, what with its infatuation for converting Halloween icons into video games. Additionally, we haven’t had a new Ghostbusters game in some time. The last time was in 2019, with the release of Ghostbusters: The Videogame — Remastered. And that itself was a remake of a much older title. I imagine Illfonic will continue its trend of multiplayer gameplay, but it’s all up in the air right now.

Unfortunately, Saadiq didn’t elaborate further, so any news of a new Ghostbusters game is on hold for now. But if you’ve always dreamed of becoming a ghostbuster yourself, then this is at least something to look forward to.