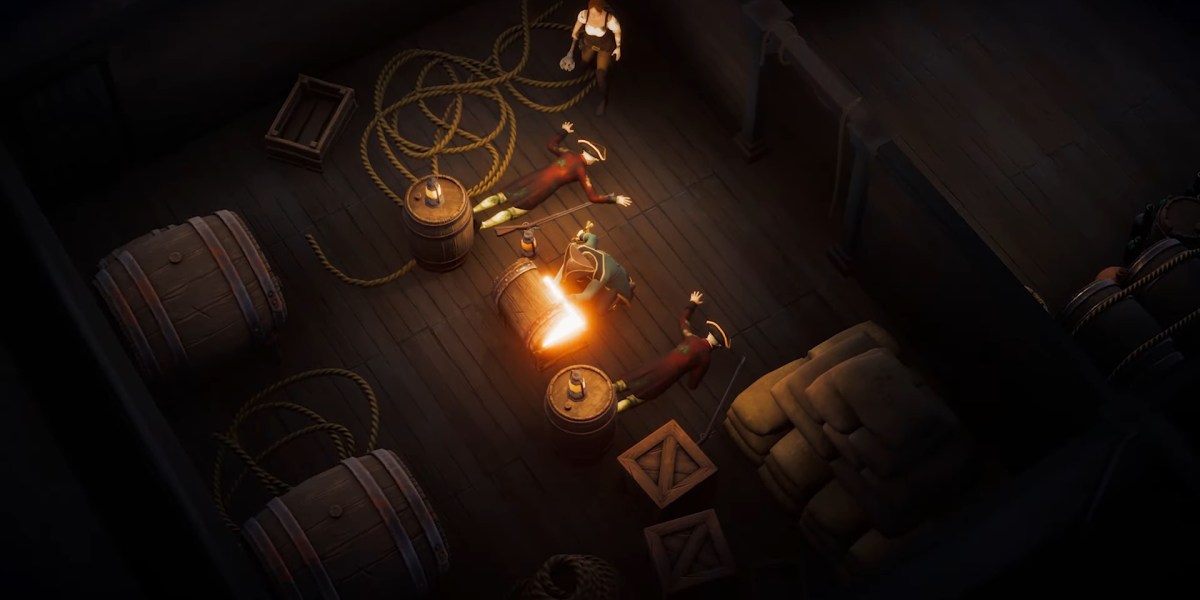 If you’ve got the itch to play a new pirate game, then here’s some good news. Frigato: Shadows of the Caribbean is a real-time tactics stealth game featuring pirates, developed by Mercat Games. A new trailer for the game shows off its tense, stealthy gameplay in all its glory. And it looks to be a very different experience from other pirate-focused games like Sea of Thieves.

When it comes to pirate games, most of them tend to be loud and bombastic adventures across the ocean. It’s rare to see games take a different approach to the genre. But Frigato: Shadows of the Caribbean could be exactly what some are looking for.

Engage in sneaky piracy with Frigato: Shadows of the Caribbean

Frigato: Shadows of the Caribbean‘s trailer focuses on a pair of pirates attempting to take over a ship. Of course, this means disposing of every guard in sight and looting everything that’s not nailed down. But really, the core of the game is its tactical approach to stealth. It utilizes an isometric camera that gives the player an eagle-eye view of their surroundings. Then, to make things even easier for the player, it looks like the enemies’ field of view will be displayed as they get suspicious. Additionally, the game will feature mythical figures like mermaids and other creatures from pirate tales. 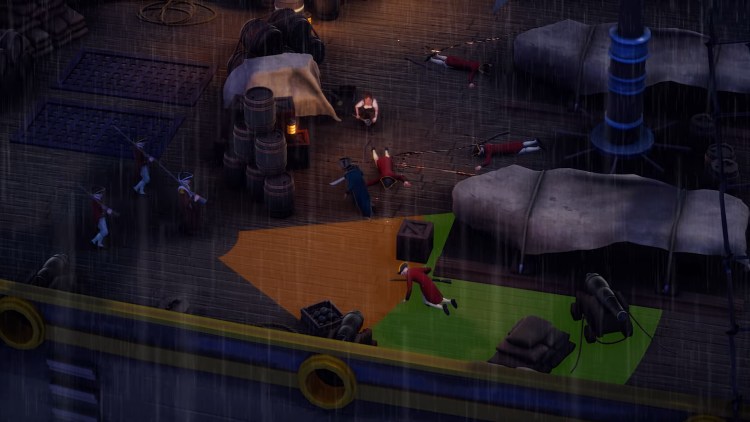 Players will have some tools to help them deal with enemy encounters, too. From bottles, smoke bombs, throwing knives, and your trusty sword, it looks like there are plenty of tools to use. Plus, it looks like you may even get to use a parrot to distract enemies. And you can also use the environment to deal with enemies. In the trailer, the player pushes over some barrels that end up crushing a few guards. Also, the end of Frigato: Shadows of the Caribbean‘s trailer shows that players can use barrels to sneak around, in typical Solid Snake fashion.

The trailer also shows off the unique visual style of Frigato: Shadows of the Caribbean. It reminds me of stop-motion animation with the ways characters move around. This, in combination with the simplistic art style, gives the game a very interesting look.

Check out the demo soon

For now, there’s no release date for Frigato: Shadows of the Caribbean. However, you’ll be able to check out a demo for it on June 13. That’ll be the best way to experience the game’s stealth tactics gameplay yourself. If you’re interested in finding out more about the game, be sure to check it out on Steam. Stay tuned for more information to come in the next weeks as well since Summer Game Fest is right around the corner.

Call of Duty: Modern Warfare 2 leak hints that the franchise could return to Steam