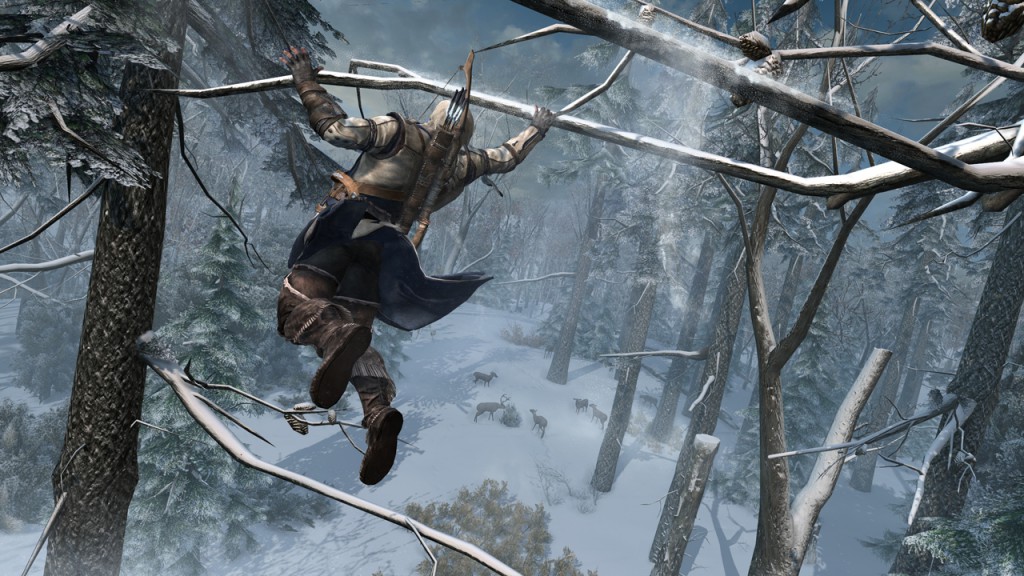 The fourth and final installment of the ‘Inside Assassin’s Creed‘ mini-series from Ubisoft takes a closer look at the environments Connor will be leaping around in, over and through in Assassin’s Creed 3. From the compact, but dangerous, city-ports on the Eastern shores of what will become the United States, to the wilderness outside these urban areas.

You can look forward to more ways than ever to evade your pursuers in the cities, as well as a bestiary of animals both on the urban streets and out in the American forests.

That’s when your feet are still relatively close to dry land, at least. When Connor takes to the seas it becomes all about cannon salvos and boarding actions.

Watch the environments in motion in the footage below. Assassin’s Creed 3 is coming to Xbox 360 and PS3 on 31 October, with a PC version following in November.