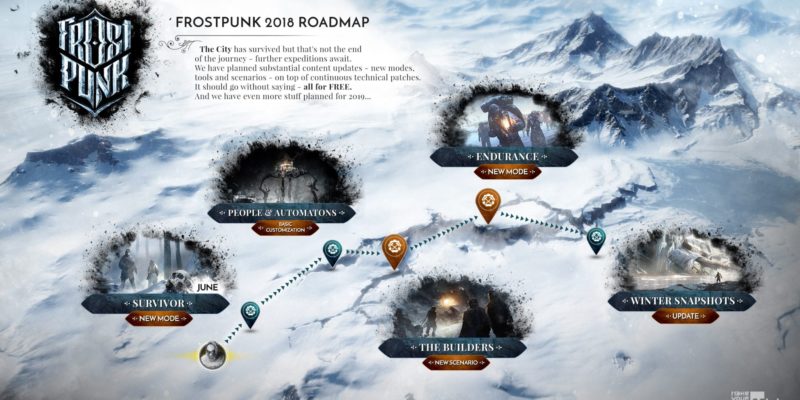 Following the launch success of Frostpunk, 11-Bit studios have now revealed their update roadmap for the game. The good news is that all of these updates will be free.

The first update arrives in June with a new mode called ‘Survivor’ which is then followed by basic customisation, a new  scenario, a new ‘Endurance’ mode, and more in moving into next year,

“The City has survived but that’s not the end of the journey – we are ready for further expeditions. This development road map will give you the idea of where Frostpunk is heading in 2018. We have planned some substantial content updates – unlocking new modes, tools and scenarios – on top of continuous technical patches which will arrive when necessary. It should go without saying that all of those are going to be FREE updates. And we have even more stuff planned for 2019…”

Frostpunk is one of the better games released so far this year and if you’ve not checked it out, read our review to find out why you should be playing it.