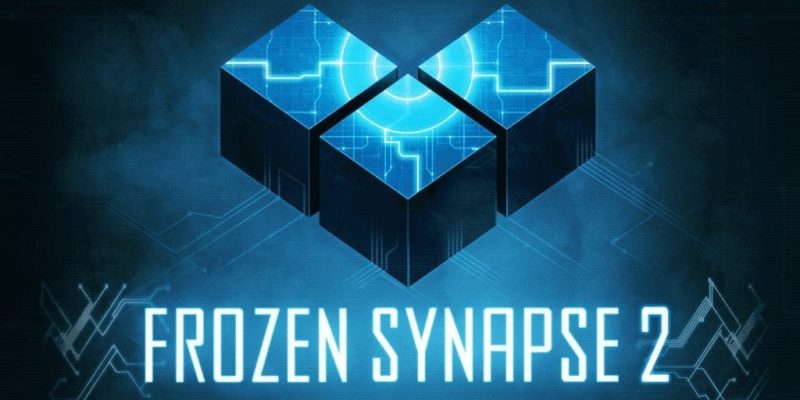 Oof, but it’s been a long wait for Frozen Synapse 2. Originally slated for release in 2016, the simultaneous turn-based tactics follow-up has been delayed indefinitely since then, leading to the developers getting just a pinch of flak from the eager community.

But now, it’s nearly here. It’s playable. I’ve played it. I’m going to write about it. Read on. 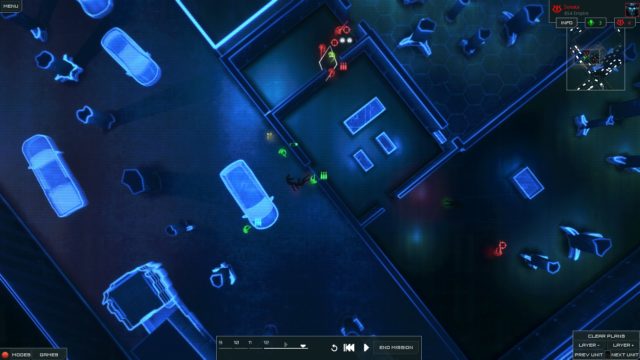 For the uninitiated, Frozen Synapse took turn-based infantry strategy and threw in some interesting twists. For starters, every turn played out simultaneously. You planned out your five-second turn and your opponent planned out their five-second turn. Once you’d both hit the shiny Prime button, those five seconds played out.

What this meant was that there was a heavy focus on out-thinking and second-guessing your opponent. That assault rifle soldier in the open isn’t just going to sit there, right? Your opponent will definitely move them into cover. So obviously, you should move your soldier into a position where you can shoot them in cover… unless they’re expecting that. They might order their troop to stand still and shoot your little neon dude when he makes a move. Huh. Maybe you should stay still instead.

Happily, in the planning phase, you can also predict movements for the enemies and play out how the turn will resolve in those scenarios. You can plan for the worst case scenario, figure out where the weaknesses in your strategies lie, and adapt before hitting Prime. Then, you can watch as you totally misread the entire situation and get decimated anyway. I do, at least. 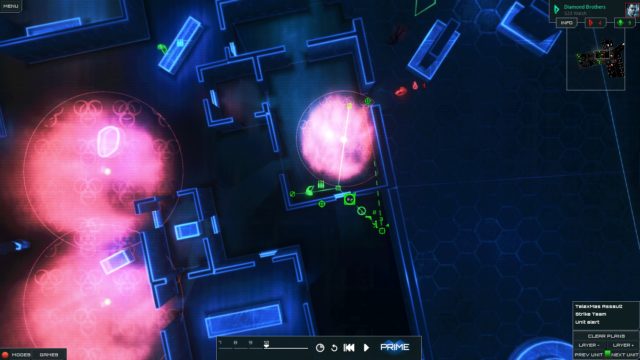 Each has its own individual use (possibly barring pistol users, who are just basically all-around crap and would likely lose a fight with a particularly determined pigeon). Snipers have an absurd range but take time to acquire their targets, while minigunners can lay down a field of pure murder that instantly kills anyone hapless enough to walk into it. There’s no health in Frozen Synapse: either a soldier is alive, or it’s dead.

One new feature is the targeting diamond. Most soldiers can now be told to focus on a very specific spot, and their time-to-kill any enemy entering this spot is drastically reduced. Prediction, again, is key. 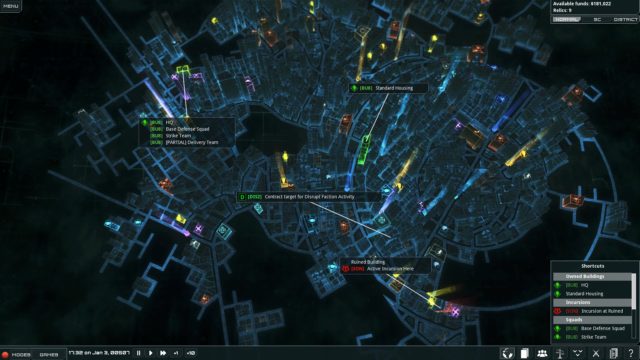 But all of this, so far, is so Frozen Synapse. New units are nice — and so are the new types of cover, like trees and rocks and other things that aren’t walls or desks. But what I suspect has really been eating into the development time of Frozen Synapse 2 is the strategic layer.

Where the original game had a linear campaign, Frozen Synapse 2 offers a full strategic map of the city of Markov Geist. As the leader of one of the factions within said city, you need to deal with the other factions with diplomacy or hostility, defeat incursions from a mysterious force known as Sonata, and hopefully keep the various city districts and factions happy enough that they’ll keep funding you and maybe won’t declare war on you.

It’s a really gorgeous city, too, taking the stylised minimalism of the tactical bits and ramping it up to ever lovelier proportions. Buildings are bright neon wireframes, while squads and other entities are glowing spheres roaming the roads. It’s a nice expansion on the game’s rather tasty look, and it beautifully evokes Frozen Synapse 2‘s future-tech-meets-internet-meets-post-cyberpunk aesthetic. 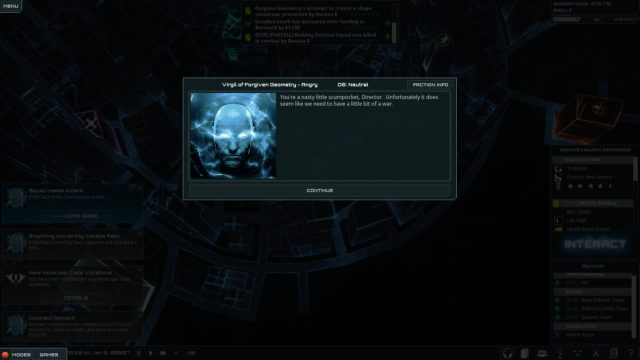 All of your strategic choices in Frozen Synapse 2 focus on the factions and the objectives (mysterious relics, by and large). Pretty much everything you do will shift the balance of power and the relationships between said factions. One might request you attack another; an angry third may mount an assault on your home base.

This provides a really good link between the tactical missions and makes both your squads and your missions feel like your own. Okay, maybe one mission has gone horribly wrong and you need to evacuate your last few troops. Fine. Or maybe it’s absolutely critical and you simply have to take the losses. If so, you’re weakened until those soldiers are regrown in their vats. Better hope there’s no Sonata incursion or a base invasion in that time.

Of course, there’s plenty of opportunity for sneaky maneuvering. You’re not the only one after Sonata’s relics, so you don’t have to defeat every incursion yourself. If you feel your military strength is a tad weak, you can allow one of the other factions to swoop in and claim the relic… and then ambush their injured forces as they return to base. You can blockade roads, intercept squads, and fight it out in every building and every street in the sizeable city.

You’ll make a lot of enemies doing this, and districts will start wondering why they’re funding you when other factions are keeping their territory safe from Sonata, but you’ve got a much higher chance of success in the short term. The whole thing is a strategic see-saw which you can further tip in your favor through purchases of services (silencers for your weapons, faster vehicles for traversing the map), investments, or outright bribery. 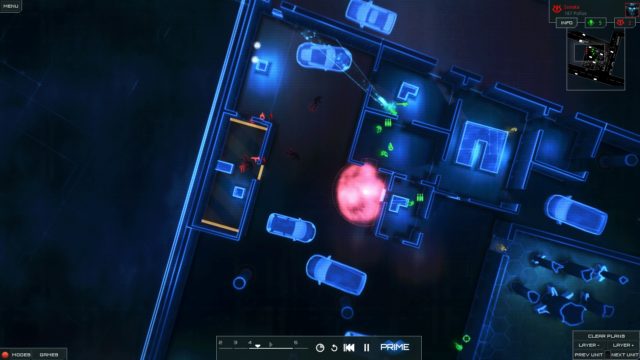 Also nice are the plethora of game modes available in Frozen Synapse 2. Story Mode focuses on you defending the city from the Sonata incursions. A city sandbox mode removes all the plot-essential stuff and just focuses on the fight over the relics. There’s a bevy of multiplayer modes, which can be played over the course of days thanks to email notifications. And there’s a neat One Turn mode. All of this helps round out the package.

Still: this is a preview build, and there are problems, though nothing huge barring a couple of crashes. Unfinished lines of text, strange pathfinding behavior with curved or destroyed walls, and enemies happily wandering into toxic grenades. I expect this from a preview build, but it’s still worth noting. (Update: Those I’ve been able to easily check have mostly been fixed since updating to a review build.)

Considering how long I’ve been waiting, I’m still suitably impressed with Frozen Synapse 2. The strategic layer adds to both the atmosphere and to the actual strategic and tactical choices on offer. It’s more ambitious than I expected, with new tactical options from the new units and terrain, and I’m particularly keen to see how all of this mixes up multiplayer.

In short, if you’ve been sitting around waiting for Frozen Synapse 2 since 2016, fear not. You’ve been waiting for your turn for a while now, but Mode 7 is nearly ready to press Prime.

Preview based on code supplied by Mode 7 Games. Frozen Synapse 2 is due out on Thursday, September 13.