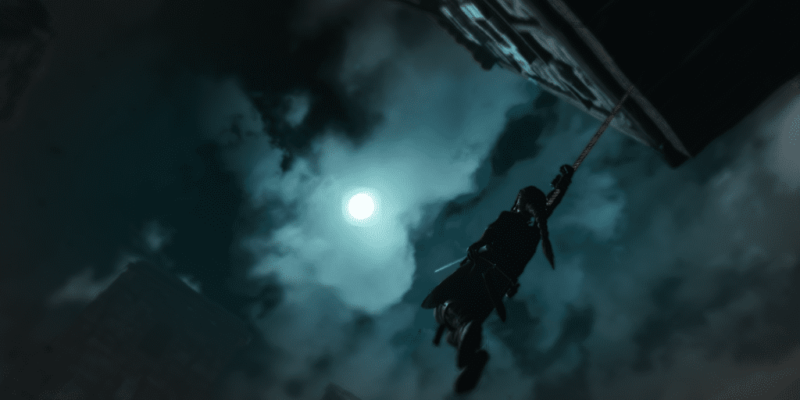 Shadwen is a new IP from Finish developer Frozenbyte and it’s promising to bring the “stealth action genre back to its roots”.

Described as a “true stealth game” where staying hidden is key to success, the first trailer released for the game demonstrates how staying in the shadows and manipulating the environment are key components of the gameplay.

“The stealth genre has been in a slump for years. Guns blazing and invincible heroes is not stealth. Yearly revisions like sports roster updates is a crap way of doing games,” says Lauri Hyvärinen, CEO of Frozenbyte. “Shadwen will bring the genre back to its roots, with sneaking and hiding the main course of action. We will also explore the moral consequences of killing through our characters.”

Shadwen is the name of the game’s main protagonist who encounters a girl called Lily while on a mission to kill the king. Lily follows Shadwen on her quest and Shadwen must decide whether to expose the orphan child to violence or use cunning and stealth to progress.

The game features some interesting mechanics such as the ability to play with time and  “stop at any point: mid-motion, during jumps, right before a guard sees you”. Players will also be able to rewind time to try different strategies to get around or incapacitate guards.

Manipulating the environments will also be key and Shadwen can use ropes to grapple onto high vantage points or drop silently into the shadows. There’s a real emphasis on stealth and trickery with traps and physics based distractions.

A pre-alpha demo of the game is available now to subscribers of the Humble Monthly which Tim posted about earlier.

The short trailer below shows some of the features in action. Watch out for the rolling barrels and distraction tactics.

Shadwen will be released some time in 2016 and there’s an official site online now.