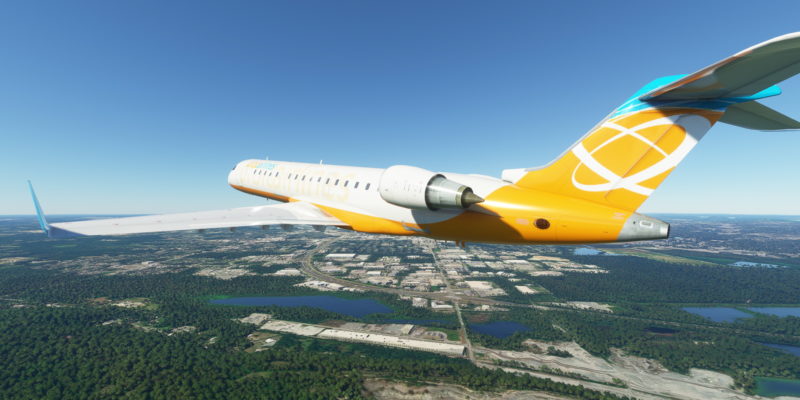 The mod-scene surrounding the new Microsoft Flight Simulator has been expanding rapidly ever since the sim released a few months ago. As modders become more acquainted with the new sim and its tools, newer mods have been steadily becoming more complex and impressive. That’s exactly the case with this new mod found on Flightsim.to, a mod repository for Microsoft Flight Simulator, that contains a conversion of the Bombardier CRJ-700 from FSX. 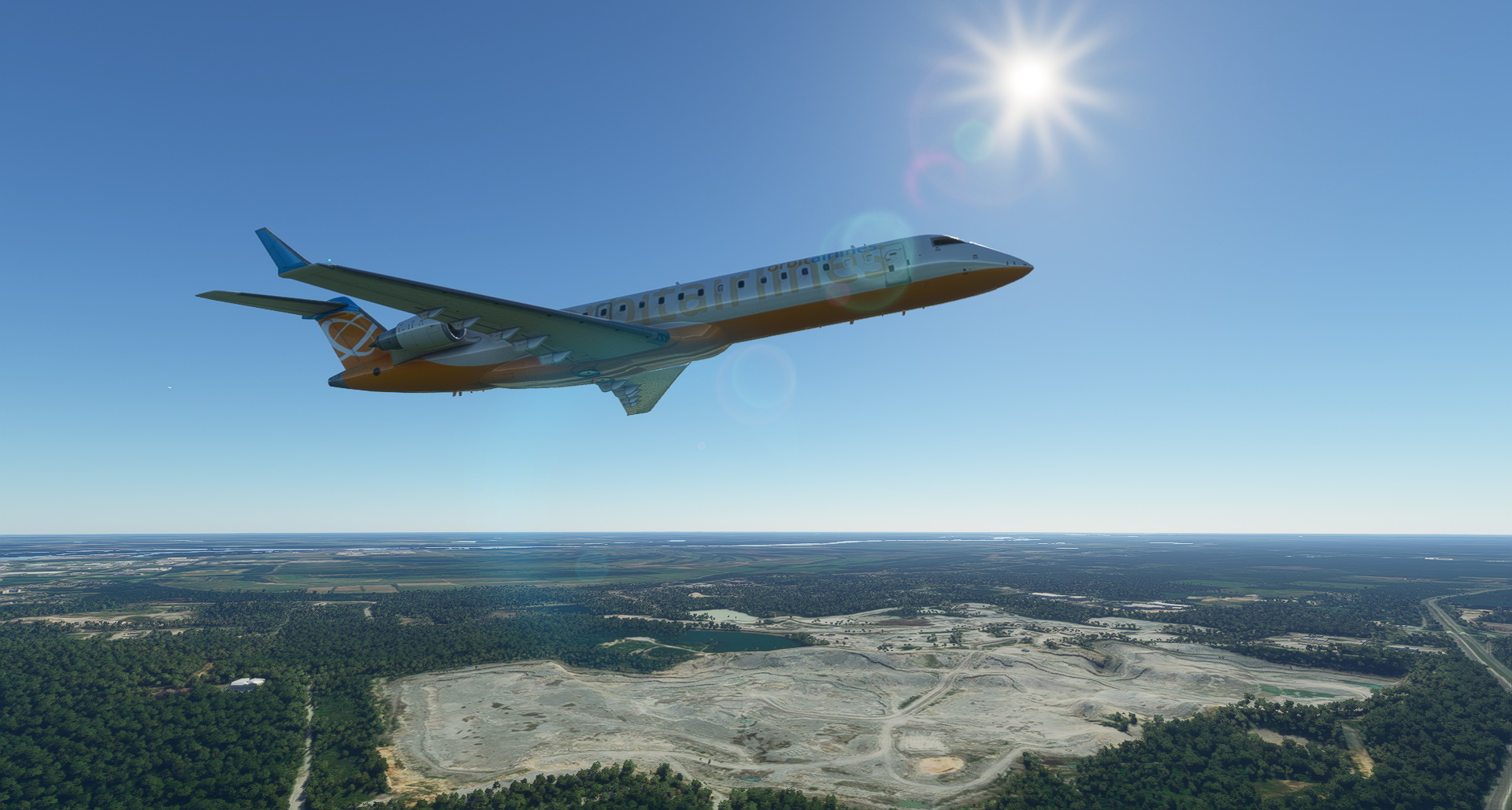 From what I can tell after installing it, this conversion seems to be built using either the Cessna Citation Longitude or CJ4 as a base and then the CRJ model has been built on top of it. I noticed this when analyzing the model with the drone camera; when you get close enough, you’ll pop into the interior to find the fuselage of one of the smaller Cessnas hiding inside. The cockpit is definitely lifted from the CJ4. So while it’s not 100% realistic, this conversion still is pretty impressive considering it’s taken a model from 2006 and bringing it into a program released in 2020. How’s that for backwards compatibility! 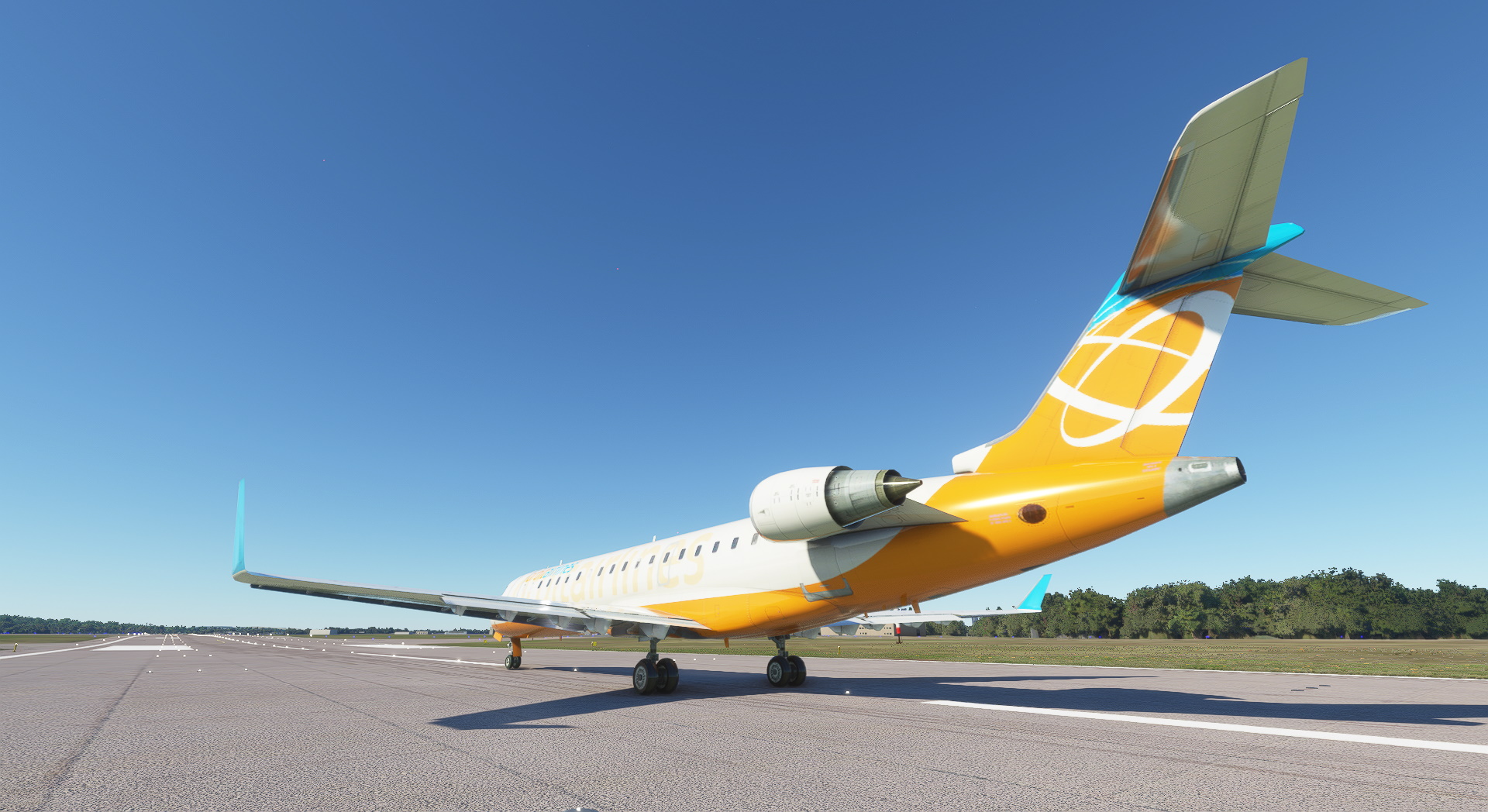 In case you’re wondering, this isn’t some kind of tech-magic. Well, there may be a little. But what’s really going on here is that the new Microsoft Flight Simulator is, to a degree, built on top of its predecessor, Flight Simulator X. When Microsoft contracted Asobo to build the new sim, it gave the studio the original code of the predecessor to use as a starting point. So, it looks like there’s still enough DNA in the code of MSFS that allows it to be compatible with the content of its much older relative. Awww, family!

For the new simulator, the developers at Asobo have used other studios to create many of the aircraft that are available, such as Textron Aviation. The previous models from FSX have been left there, and thus, the variety of aircraft in the new Microsoft Flight Simulator is actually lesser than its predecessor.

The release of this CRJ-700 conversion is a milestone for the Microsoft Flight Simulator modding community. This paves the way for future conversions from the past sim. There’s a huge number of aircraft from FSX, both stock and add-ons, that can be ported over using the same methods as this CRJ-700. But focusing just on stock aircraft, it would be nice to get some more airliners like the Boeing 737. I’m sure there’s some genius modder out there right now tinkering away at such a project.

To find out how to install mods into Microsoft Flight Simulator either read our guide here or check out the YouTube tutorial below: