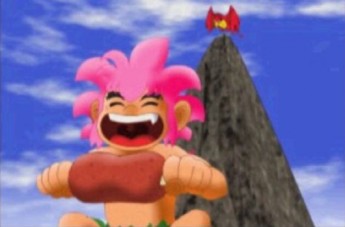 MonkeyPaw Games has announced plans to bring Tokuro Fuijiwara’s Tomba! to PlayStation Network (via the PSone Classics section). Fuijiwara is probably best known for either creating the bastard hard Ghosts n’ Goblins series, or being the producer on some of the Mega Man titles, but he also dreamt up Tomba!; a game in which a man with pink hair has to defeat dastardly pigs and retrieve some jewellery.

Tomba! is also one of the first PlayStation titles to make use of Dual Shock back in 1998, so it has that little piece of historical curiosity going for it too.

The title will be available from 19 June on PSN, priced at $10 USD.