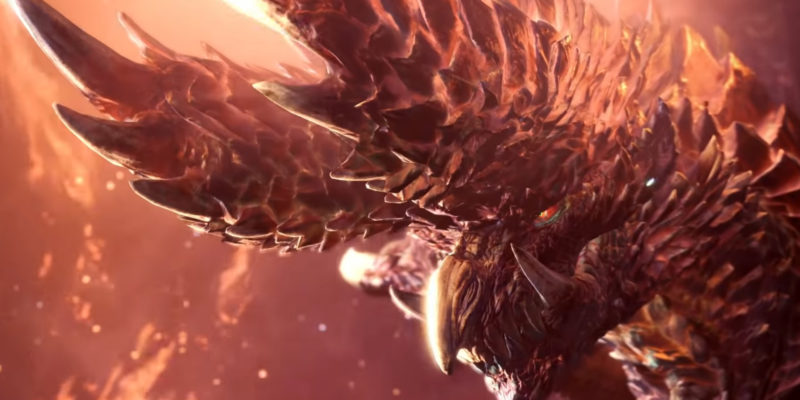 The latest Monster Hunter World: Iceborne update is live for console players, and with it comes the news of big things on the horizon. Really big things. In April, PC and console players alike will get the chance to participate in the Full Bloom Fest seasonal event. Then, in May, Capcom will add a fan-favorite monster, the Alatreon, to Monster Hunter World: Iceborne.

Title Update 3, which is live from today for console players, will deliver the previously promised Raging Brachydios and Furious Rajang variant monsters. They’ll turn up fashionably late to the party for PC players, as we’ll have to wait until April 8. At least this means we’ll have plenty of walkthroughs available when our turn finally arrives.

One thing PC players won’t have to wait extra time for is Full Bloom Fest, which will start the day after Title Update 3 drops on computer. It’ll occur at the same time for PC and console players, which makes for a nice change. There’ll be new costumes and decorations, new paid gear, the opportunity to craft event-exclusive armor, and even new themed missions.

The best news of all is that Capcom has promised that after Full Bloom Fest, all future Monster Hunter World: Iceborne updates will come to PC and console players simultaneously – and that includes the arrival of the Alatreon.

Capcom showed off the Alatreon in a trailer over the weekend, and it looks fierce. This monster first debuted in Monster Hunter 3, and it’s been a fan favorite ever since. It’s elementally unstable, switching rapidly between ice, fire, thunder, and dragon-type attacks. It’s essentially a big, mean bundle of attitude, and it’s crashing into Iceborne some time in May.

News that PC updates will no longer lag behind console versions of the game is cause for excitement. There have been performance problems with the PC version in the past, but Capcom seems genuinely willing to spend the time and effort (and money) to keep Iceborne up to date on all platforms.

It’s also good to know that Capcom has already planned out Title Update 4 this far in advance. The game will likely get new content for a while to come, as the studio continues to make money from DLC. Long may it continue – provided the Alatreon doesn’t wreck Seliana (and the rest of Monster Hunter World: Iceborne) beyond all recognition.