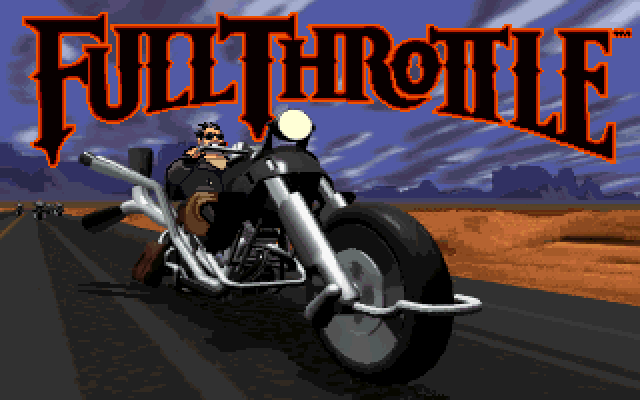 Add Full Throttle Remastered to the list of Lucasarts adventures being restored and reissued by Double Fine, because its just been announced at PlayStation’s PSX event.

As with prior announcements of this type (the released Grim Fandango Remastered and upcoming Day of the Tentacle Remastered), the game is coming to PC as well. That hasn’t been outright stated yet, but the Full Throttle Remastered reveal is using the “console exclusive to PS4” terminology that means “yes, this one will be on PC as well”.

The other details with the announcement confirmed a developer’s commentary, upgraded graphics and (of course) sound. It was also said that the original game will be included in full (not sure yet if that will be a separate thing or a button toggle to switch between the versions, like the Monkey Island re-releases).

Full Throttle was originally released in 1995 and (for those who don’t know) is the tale of biker leader Ben and his quest to clear the Polecat gang of murder. It’s one of the classic SCUMM interface Lucasarts adventure games.