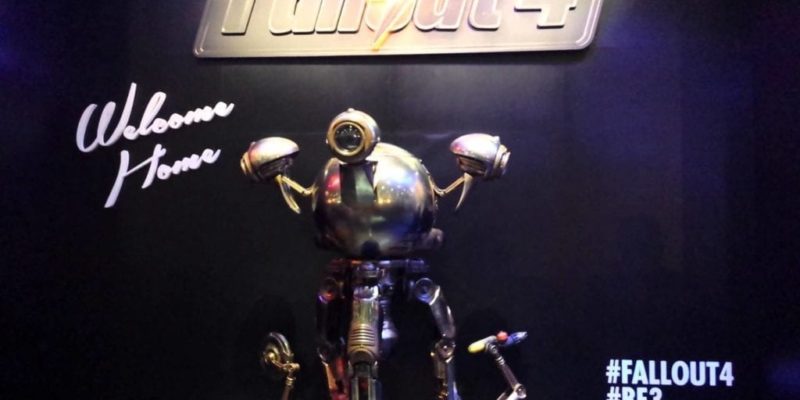 Fallout 4 is one of the most anticipated titles for a lot of reasons. The depth found within the Fallout universe is detailed, having something for every vault dweller to experience. Many find comfort in knowing that there is an almost endless supply of things to do.

It can also be seen in-game that the development team doesn’t take itself too seriously, especially speaking in terms of character customization and costumes.There is a wide-variety of characters in the Fallout realm that really give the game its own flavor. From varied conversation tress, to quirky jokes delivered by NPC’s. One in particular, a Mister Handy robot by the name of Codsworth, helps ease the pain of losing out on the last 200-years of life.

During E3 2015 a giant Codsworth was visible at the Bethesda booth-space. The sole purpose for its presence was so that it could tell jokes about nuclear fallout. Yes, lots of money was spent for a giant, joke-telling robot to be on the show floor.