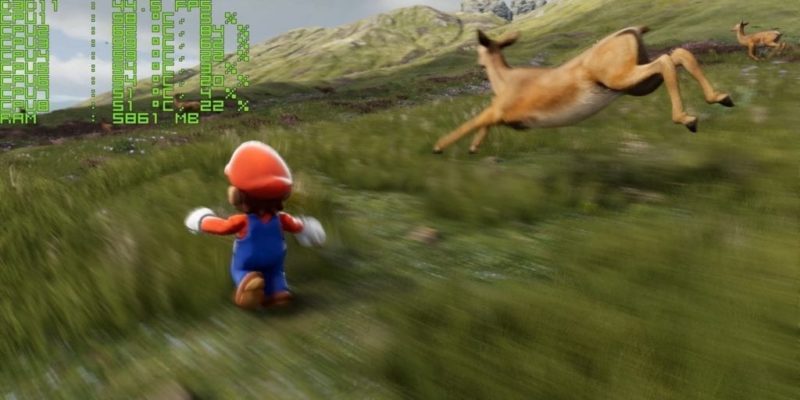 The first time I saw the Unreal 4 Engine demo titled “A boy and his Kite” was during the Game Developer’s Conference earlier this year. The demo featured a natural environment of streams, animals, and various plant life. There was an exploration portion to the demo where you could float above the ground with a jetpack or visit the wildlife up close on foot. Someone has now taken that dmeo and plopped everyone’s favorite plumber right in the middle of it.

The YouTuber by the name of CryZENx took a project that they were working on and combined it with the demo. There are other videos of games running in stunning 4K resolutions, so don’t forget to check out the rest of the videos on the channel.

Do you think Nintendo should eventually bring the plumber to PC or the Unreal Engine 4?

Gears of War: Ultimate Edition For PC Is Not A Port