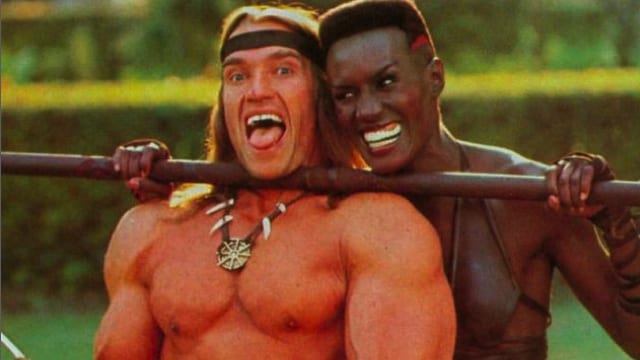 Correction: Funcom will be revealing three games next year, one of which (the one due for a January reveal) will be a Conan title. While the remaining two titles might be Conan related, that’s a “might” – there’s no word on what those two games will be, and they could well be completely unrelated to the Conan brand. Apologies for the mix-up. The original story follows.

Original Story: Funcom have announced a partnership with ‘Conan Properties’, the owners of the Conan the Barbarian license, under which they’ll be making three games.

Details are a little scant beyond the bare-bones of the deal, but according to a quote from Fredrik Malmberg (CEO of Conan Properties), this makes Funcom the “preferred partner for all PC and console games”. That should presumably mean at least one of the three titles (if not all of them) will be heading PC-wards, driving their enemies before them, and so on and so forth.

Funcom seem pretty pleased too, with their own CEO Rui Casais saying: “Conan the Barbarian is undoubtedly one of the world’s greatest and most recognizable fantasy heroes, and as game developers, working with such a character and being able to draw from the fantastically detailed world of Hyboria is nothing short of a dream come true”.

The first of the three games is said to be unveiled in January.