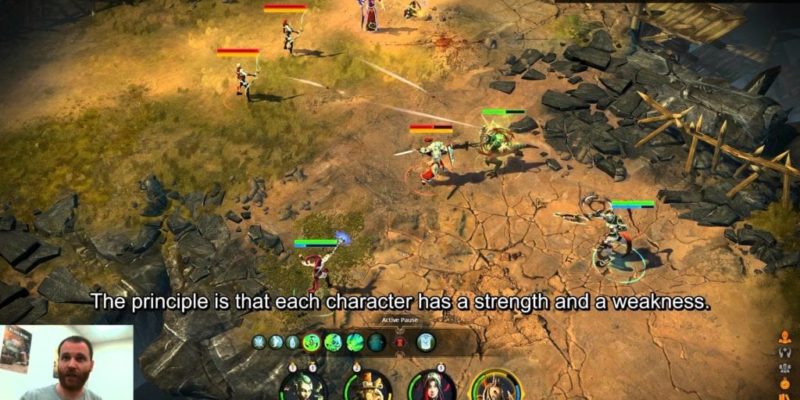 Cyanide’s Confrontation was alright. It was a stop-em-and-start-em tactical title, in which you controlled a squad of (usually) four and had to maintain a close grip over their various abilities to emerge from each skirmish encounter alive. The combat was fine, the background stuff a little different from the usual fantasy guff and the presentation was serviceable.

Problem was, it went on for SO LONG and had stretches that were SO VERY BORING. Fighting the same wolf guys in the same forest tileset for about four hours got kind of old. So maybe developers Cyanide will have learned this lesson for Aarklash: Legacy, which is looking very much like a follow-up to Confrontation (in fact, I believe it’s set within the same universe.)

A new developer-narrated video shows off some familiar-looking (if you played the other game) tactical combat. That still looks quite good, so let’s hope a bit more time has gone into keeping the level design and encounters interesting this time around. I really do hope for that, it could mean it’ll be a decent game! For more on the title, have a look at this terribly exciting website.