It seems that every time I blink, a new tough-as-nails roguelite is attracting attention. You can sum up almost all of them as “roguelite version of famous game”, but Fury Unleashed doesn’t attempt that. It lists the terrible Genesis game Comix Zone and Contra as influences, sure, but this game is a lot more than that.

Fury Unleashed is in Early Access, but it’s one of those games where you wouldn’t necessarily know it right off the bat. It has a cool look and extremely visceral, satisfying gameplay. The game’s graphics nail the whole “comic page come to life” aesthetic it’s going for. The sprites and level artwork are all detailed and nice to look at as well.

I especially love the way the game controls. Everything is fast, fluid, and responsive, even by the standards of the run-n-gun genre. While the game seems basic on the outset, it does a great job at making the action feel intense and rewarding. The way the game’s movement and shooting correspond to its deeper systems also serves to keep players on their toes. 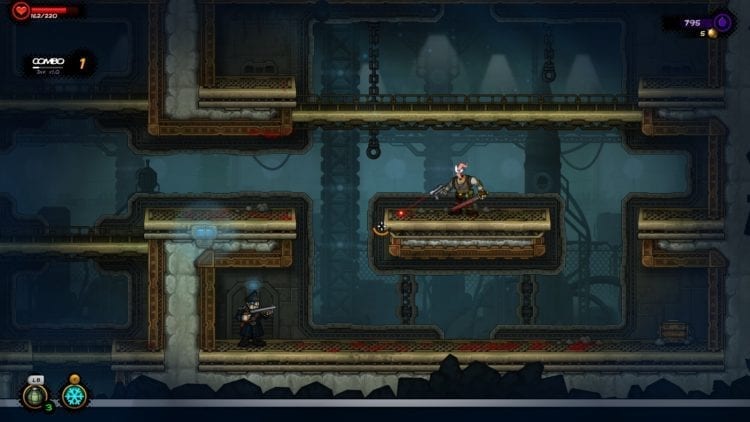 The basic gist of Fury Unleashed is that your character is dropped into one of three comic book worlds. Each holds three levels and a boss. The levels are themed around fairly typical fare, such as a jungle crawling with skeletons, a mechanized Nazi base, and a set of levels reminiscent of the Alien films. As is to be expected, the levels have a different layout every time you play. And throughout them, you can find weapons and gear for powerups.

There is a good amount of enemy types, and each comic world has three major bosses and three mini-bosses each. This goes a long way towards keeping things interesting. Once you beat all three main world bosses in your playthroughs, you can start your game from the next comic world. Along the way, the enemies drop ink that you can use to permanently upgrade your character in multiple ways. This includes increasing your health, having enemies drop health orbs, and many others.

One cool thing is that you can customize your character on the fly. As of now, there are male and female characters with a variety of options such as hairstyle and color and warpaint. There’s even workshop support that allows people to create their own character heads. My favorite is the Earthworm Jim head, which I have left on ever since noticing it was available. 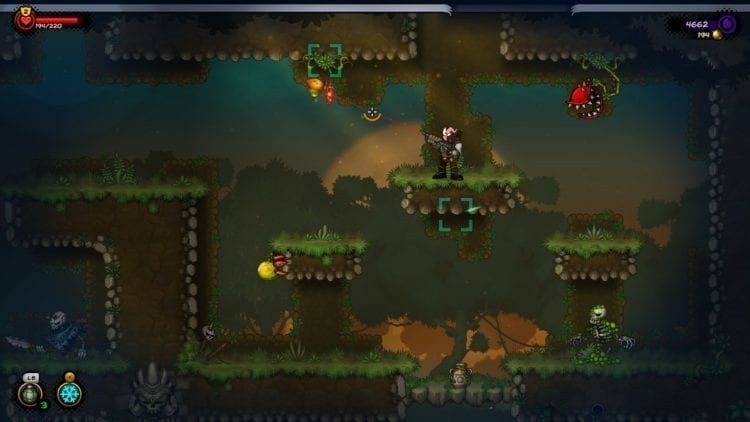 The Control Is Spot On

On top of that, there’s a dash button that also works well. The dash is also usable in mid-air. When combined with a double-jump there’s a lot of versatility to the movement. You can even do a quick drop-down attack that’ll kill most normal enemies in one hit and feels awesome. Then there’s a special attack and a grenade. There’s a strong amount of options available.

But the real hook in Fury Unleashed is the combo system. Every enemy you defeat increases your combo by 1, and once you’ve upgraded your character this can grant you a lot of bonuses. For instance, getting a combo of 5 gives armor if you’ve put skill points into that ability. Another is that killing enemies will heal you for every enemy you kill once your combo level hits 20. There are a fair amount more as well, such as extra grenades spawning and critical chance and damage increases. 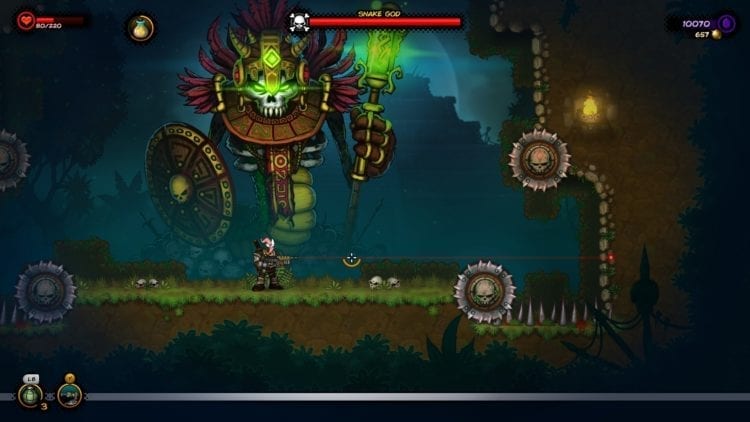 Since Fury Unleashed is in Early Access, it’s still getting new content and features added in. Within a few days of me starting the game, there were already some marked differences. The devs added gold ink that players can use at additional stores and elite enemies that have a lot more health but drop more ink as well. There have been three updates this week, and a blacksmith that repairs your armor has also been added to the game. There are also now portals to black-and-white challenge stages.

The biggest recent addition, however, is undoubtedly co-op. For now, it’s local only, but it should definitely be a lot of fun to bring along a friend to blast Nazis and aliens with. Alas, I wasn’t able to give this a shot just yet on account of not having friends. But it’s a welcome addition all the same.

Fury Unleashed appears mostly done, with less than six months left until it leaves Early Access. The devs have stated that they will add an epilogue, as well as more weapons, enemies, and additional modes of play. As it stands now, there’s already a good amount of content on offer for people who buy it before it properly launches.

I wasn’t expecting a lot from this game, but it’s a fun time. I love the combat and look forward to seeing how the finished project turns out. The devs at Awesome Games Studio are doing a great job, and Fury Unleashed is very much a roguelite worth keeping your eyes on.