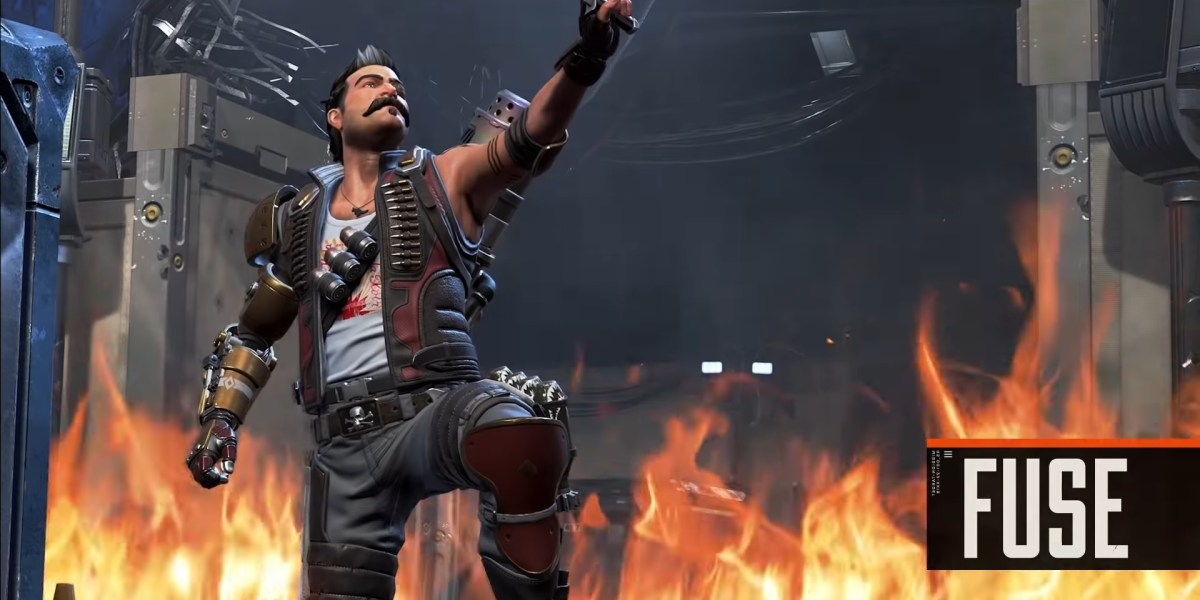 Fuse is coming to Apex Legends, and Respawn Entertainment has revealed his ability kit in a brand new trailer. Specialized in demolitions, Walter “Fuze” Fitzroy brings explosions and joy (though to some those two words are synonymous) to the Apex arena next week when Season 8: Mayhem begins with a bang.

What abilities does Fuse have?

Fuse’s passive ability is Grenadier, which allows his mechanical arm to throw ordnance faster, farther, and more accurately. On top of that, he can also hold one extra grenade per inventory slot. And if you want to throw some more? Then his Knuckle Cluster ability will come in handy. This will launch a cluster bomb that explodes into smaller concussion grenades, which is sure to cause some mayhem and easy pickings for Fuse.

His ultimate ability, The Motherlode, sees Fuse fire a large rocket into the sky at a chosen location and rains down fire in a circular pattern, creating a large wall of flames to trap players on the in- and outside. It’s on a two minute cooldown, which is about average compared to the other legends.

As for his personality, well, his official character entry says it all:

To read more about Fuse’s backstory, check out the Fuse character page, and don’t forget about the official short either.

Despite the previous character rip off controversy, Fuse is coming to Apex Legends when Season 8 begins on February 2. The new season will bring a bunch of rad new updates to Apex Legends, such as new character skins, weapon skins, and even an entirely new weapon with the 30-30 repeater. It also changes up the King’s Canyon map, which apparently has been left in ruins.

Check out the Fuse introduction trailer below and get ready to blow your adversaries to smithereens on Tuesday.