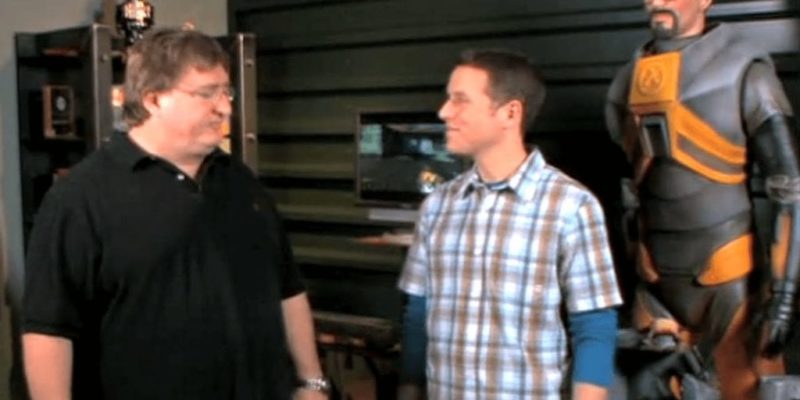 Half Life 3, one PC gaming’s biggest mysteries. Ten years ago Game Newell was super enthusiastic about Half Life 3. He loved all the press attention, lapped it up. Who wouldn’t? Valve needed to keep the hype train rolling

Ten years on the words Half Life appear to have drained the man. In the ten years since there was a real buzz surrounding the prospect of a third game, Valve has been raking it in from Steam and the thought of creating a new Half Life is probably right at the back of Gabe’s mind, Besides, could a new Half Live ever live up to PC gamers’ expectations now? Probably not.

This video posted by CrowbCat shows Gabe go from a fresh-faced developer to a bearded almost recluse-like character as he’s asked about Half Life in just about every interview since 2006.

Watching this makes you realise it’s never going to happen.

Paragon and the problem with AFKers