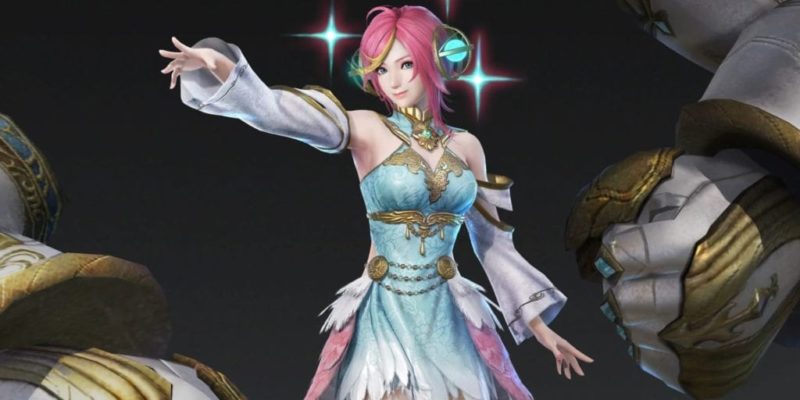 Warriors Orochi 4 Ultimate is set to be an even more godlike version of the original. As teased during the initial announcement, Koei Tecmo has now uploaded a new trailer showing off “Gaia,” the Earth Mother Goddess in action. She controls the titanic Hecatoncheires and has him fight on her behalf. Take a look below.

Gaia is able to slice down hordes of enemies with ease (as one does in a Warriors game). She moves with grace on the battlefield by maneuvering in dance patterns. Her appearance is deceiving, since her small stature hides the immense power she’s capable of wielding. She’s basically the perfect addition to the cast for Warriors Orochi 4, which already included a number of godlike figures.

If you happened to miss the previous trailers for 4 Ultimate, know that crossover characters are finally back. Joan of Arc (from Bladestorm: The Hundred Years’ War), Achilles (from Warriors: Legends of Troy), and Ryu Hayabusa (from Ninja Gaiden) will be joining original characters Hades and Gaia to make up a pretty deadly team of characters. It’s nice to see the game branching out to other series: that was a big part of the charm from Warriors Orochi 3. The initial release of 4 felt a little flat without the likes of Ryu running around.

What I’m mainly surprised about is that 4 Ultimate will be released as expansion DLC for the main entry. In the past, Koei Tecmo has usually required players to purchase a completely separate game at full price to get the new additions. It seems the company has modernized a bit, in that sense, with this release. Thankfully, a complete package will be available if you happened to miss out on the original.

Warriors Orochi 4 Ultimate is currently slated for a Feb 14, 2020 release on PlayStation 4 and Xbox One. The PC release is still on track for sometime after that.

Code Vein – How to get to the mountains