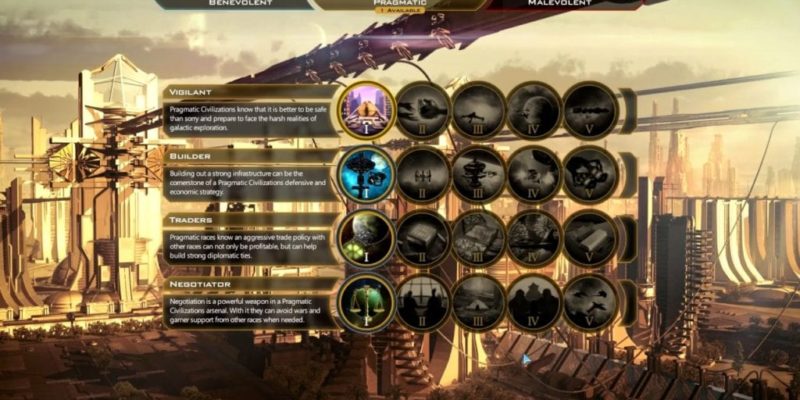 Stardock’s Galactic Civilizations 3 and (particularly) the Crusade expansion have been updated to version 2.3 today. Crusade has received AI improvements and game balancing, while the base title has received attention in similar areas; plus performance boosts.

In Crusade, you should now see the AI handling its home planets a lot better. It’ll also be better at waging war, and exploring. In terms of balance, many civilization abilities have been reworked, and ideology points from buildings have been “significantly” reduced. Influence points from buildings, on the other hand, are now increased; and pacifist players should get a hand from starbases generating more influence too.

Meanwhile, the base Galactic Civilizations 3 game has received improvements to diplomacy (AI is better at bargaining), a balance pass on planetary improvements, greater density of galactic anomalies, faster turn times, and a smarter war-time AI. You can read the full changelog for Galactic Civilizations 3 and Crusade version 2.3 here. There’s also a briefer video summary below.