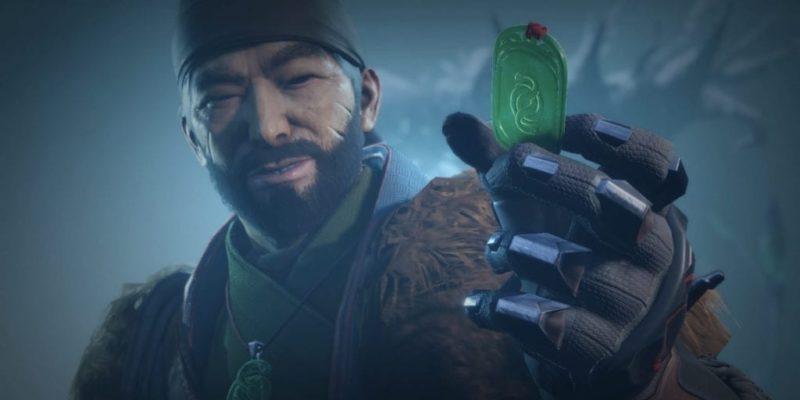 As you know by now, the Forsaken expansion for Destiny 2 is right around the corner. Part of what the developers at Bungie are doing to let players sample the content is a Free Trial for Gambit — the PvPvE mode that will debut in Forsaken. You can play it for free until tomorrow at 10 a.m. PDT. Plus, if you get matched up against Bungie employees and partner streamers, you may even get an exclusive emblem.

That’s the Sign of Mutual Combat emblem, the exclusive reward you’ll get if you manage to beat the team of developers and partner streamers listed here. You could even face off against Smosh Games if you’re on PS4.

For PC players, you’ll have your chance against Engineer Adam Pino and his team from 2 p.m. to 4 p.m. PDT.

If you also own Destiny 2 for other systems, you’ll have multiple chances as well. However, be forewarned that due to the number of players, you’ll probably have a hard time encountering any of these groups.

How exactly do you win at Gambit?

How exactly do you win against those teams or anyone for that matter? Well, it’s simple. Gambit is a 4-versus-4 mode where you need to kill enemy mobs. Mobs will then drop motes which you can carry up to a maximum of 15.

You need to bank a certain number of motes in the central area’s pillar to spawn “blockers” for the enemy team. Depending on the number of motes you bank, you’ll spawn stronger blockers to harass and annoy your opponents. Having blockers active also prevents enemies from banking in their own spot. Players that die will lose the motes they’re carrying.

Once you’ve banked 75 motes, you can spawn a “Primeval” — a boss-type mob. Killing the Primeval wins the round. You’ll need to win two rounds out of three to win the match.

Every now and then, you can send one of your teammates to invade the opposing team. If you invade, make sure to take out the opponents with a high number of motes carried. Also, defeating an opposing player while their Primeval is active heals the boss by a small amount.

The Free Trial map has four areas — beach, ruins, trees, and center. If you see an invader, call out where they spawned so your teammates can take them out quickly.

Your best bet is to have specific players in your squad picking up motes. From there, whenever you bank and spawn a blocker, try to have a player with a super ready to invade. Taking out enemies with a high mote count greatly helps your chances of winning.

If you have a high mote count and the enemy sends an invader, simply hide in a safe corner and let your teammates handle the nuisance. If you’re already fighting a Primeval, stay back at your spawn area or in corners.

After a few victories, we figured out that Arcstriders do exceptionally well when taking down the Primeval. Likewise, your team can also opt to use Whisper of the Worm when sniping from afar. Tractor Cannons followed by Nova Bombs and Void element rockets can also help.

If you are invading, needless to say, you’ll want to have a ranged super ready. Gunslingers and Dawnblades excel in this area. Ideally, you’ll want a Sunbreaker to save their super for the Primeval instead of attacking the enemy team.

If you are defending from an invader, one player with a Sleeper Simulant is invaluable since a decent shot can kill the opposing player instantly. All your team needs to do is hang back and let the Sleeper’s lucky ricochet do the job. Likewise, the Sleeper’s bounced shots can also do tremendous damage to the Primeval. 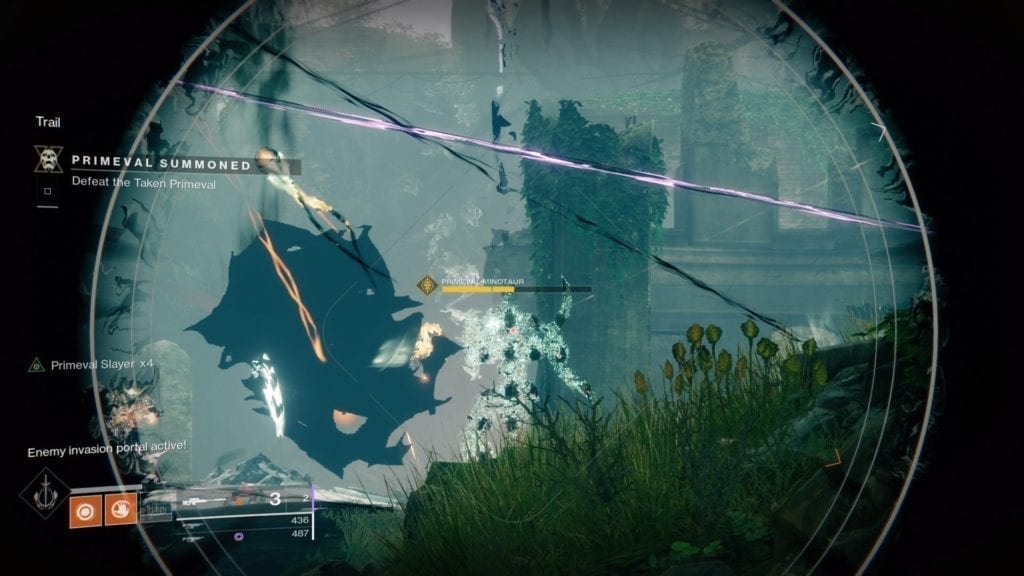 Usual callout: “Hang back and use Whisper. Invader coming in, just stay back and teamshot. Invader at Beach…”

Check out Gambit in Destiny 2

For those who’ve purchased Destiny 2 recently, you can check out the Gambit Free Trial without the need for any expansion or DLC. You don’t even need Forsaken pre-ordered. Just log in the game and start matchmaking. That also goes for players who might’ve obtained the base game from Humble Bundle when it was offered in the Humble Monthly some time ago.

After a couple of hours on PS4, we couldn’t get matchmaking to pit us against Bungie developers. I’ll be trying it on PC later on just to test my luck. Hopefully, I’ll be able to face Engineer Champino and his squad. If you do end up defeating a team of developers and streamers, well congratulations. You’ll be one of the lucky few who can show off that exclusive emblem to everyone in Destiny 2: Forsaken.

Update: It looks like the meta has become more defined. As mentioned before, Arcstriders and the Sleeper Simulant are amazing against the Primeval. Check out some videos below where pro players are taking out the Primeval in less than ten seconds.

Unless some changes are made, you’ll no doubt have an easy time in Gambit once Forsaken launches.

The PC Invasion staff’s Picks of the Month: September 2018

By A.K Rahming6 hours ago0
News