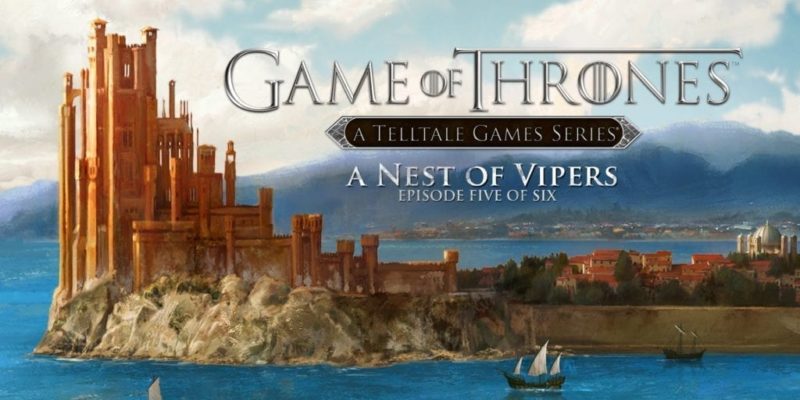 Game of Thrones: A Telltale Games Series continues this week with the fifth of six episodes, entitled A Nest of Vipers.

The game plays out through five different points of view; each being a member of House Forrester. Whether a direct family member or a person in service of the house, all their actions are vital to the survival of the house. Rodrik has drawn the ire of Ramsay Snow through his alliance with House Glenmore and his defiance of the Whitehills; Asher comes ever closer to securing the army he needs;  In King’s Landing, Margaery Tyrell notices Mira’s activities at Tommen’s coronation, and Cersei realizes she may actually find the handmaiden a useful pawn in her political games. Beyond the Wall, Gared’s unlikely allies are reluctant to help in the search for the North Grove, but this far into the frozen wilds, both Crows and Free Folk have a common enemy; and winter is coming.

The penultimate episode of the Game of Thrones: A Telltale Games Series will be live and available for download beginning Tuesday, July 21st through the Telltale Online Store and Steam.