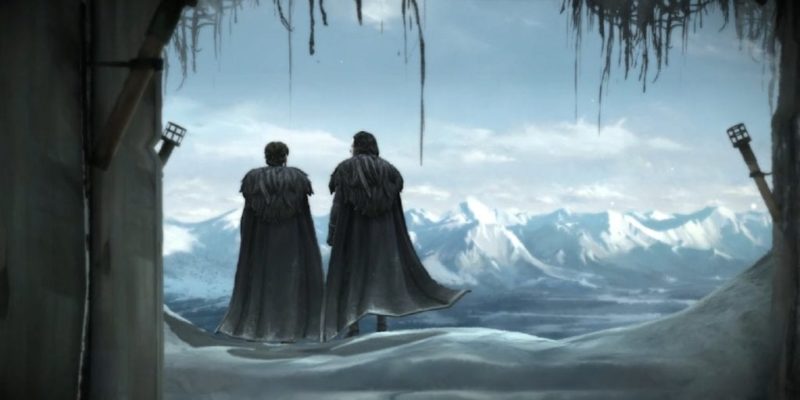 Most of this ‘First Look’ trailer for Game of Thrones’ second episode (The Lost Lords) is a rehash of the prior one, but there is a little bit of new stuff and a release date. PC players will get the second helping of medieval misery on 3 February.

If you haven’t played the first episode yet, I’d stay well clear of this trailer and the rest of this news piece, because we’re going to take the King’s Road to Spoilertown.

Looks like this episode will continue Gared Tuttle’s tale from the opening chapter, because the trailer shows him at the Wall having a bit of a chat with Jon Snow. It also seems as though we’ll be going to Essos and finding out a bit more about exiled Forrester family member Asher.

I’d imagine we’ll be spending more time with Mira at King’s Landing too, since the trailer dwells on her political maneuverings from the prior segment. It wouldn’t be Game of Thrones without some exciting and/or terrible repercussions from attempting political gamesmanship, after all.

She probably won’t be too impressed to learn what’s been happening to her family back in the North.

Watch the trailer for (small bits of) The Lost Lords, below.