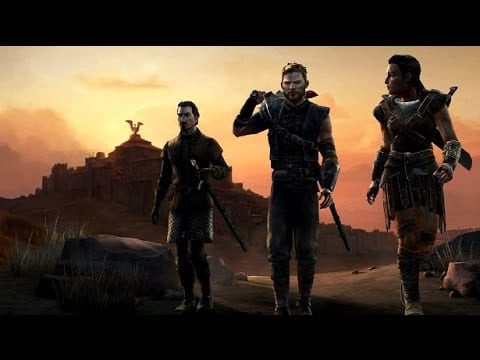 I haven’t played Telltale’s Game of Thrones adventure-thing yet, but this trailer certainly makes it look authentic. Authentic insofar as pretty much everybody seems to be in deep shit, anyway.

Mira Forrester is in King’s Landing getting involved in all sorts of political games (with Tyrion Lannister, no less); Gared Tuttle has discovered that the Night’s Watch aren’t a happy and friendly bunch of rogues who will welcome him with open arms; and Asher Forrester is called back to Westeros, but there’s no guarantee that’s a good idea. Or even a particularly safe one. At least, that’s how I understand it – having not played even the first episode, I’m having to piece things together.

The Lost Lords, the second episode in Telltale’s Game of Thrones episodic adventure, is due out tomorrow on 3 February. You can watch the trailer below, or see some brand new screenshots over here.

By Logan Broadley10 mins ago
Hardware

By Sam Robins34 mins ago
Hardware