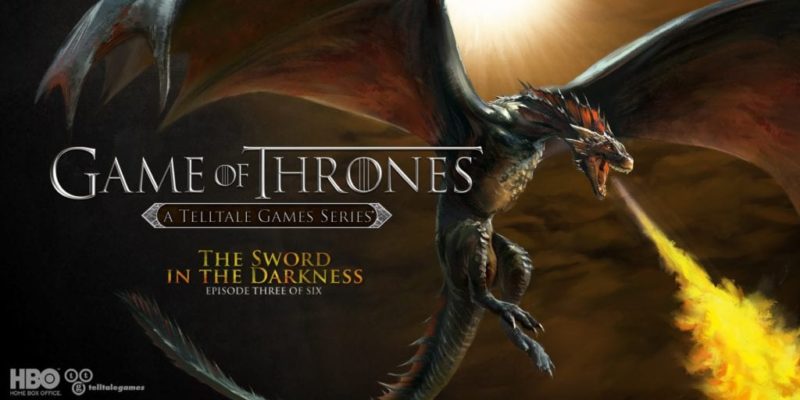 Telltale has been hinting at a release date for Game of Thrones Episode 3 over the past few days, and has decided that 24 March will work out nicely for them. Release dates differ slightly per platform, but the PC version is one that’s out tomorrow.

There’s also a new Game of Thrones trailer, which begins with the hilarious understatement “Things aren’t going well at Ironrath, Gared.” That’s a bit like saying “This Black Death might get a bit serious” or “That Archduke Franz Ferdinand being shot could lead to a bit of bother.”

As people who’ve played up to Episode 3 will already know, the Forresters at Ironrath are pretty much hostages of the rival House Whitehill. They’re relying on Asher (in Essos) and Mira (at King’s Landing) to drum up troops and finances respectively. But judging by this trailer, Asher has a slight dragon problem and Mira has a bit of a Cersei issue.

Meanwhile, Gared is being urged to desert the Night’s Watch and go hunting for the ‘North Grove’; location of much Forrester House mystery. He’s being asked to do this after taking his vows, of course, which explicitly forbid going AWOL. Nothing’s ever easy in Game of Thrones, is it?

Here’s the trailer. We’ll have a review of Episode 3, The Sword in the Darkness, up slightly ahead of tomorrow’s launch.