A pretty banner has been released for the third episode of Telltale’s Game of Thrones series, titled The Sword in the Darkness.

Peter seems to have been enjoying the Game of Thrones episodes thus far, while I’m mostly just looking forward to having the time to play them. Judging by the art, the third episode will feature dragons. What does that mean for our characters? No idea! I don’t even know who they are.

The second episode of Game of Thrones came out last month, on 3 February, so it seems likely that this piece of art is teasing an imminent release for the third episode. Before the end of March, maybe? Hmm. We’ll see.

You’ve doubtless spotted the image above, but I’ll also stick it below, so that you can click on it to get a much bigger version of it. 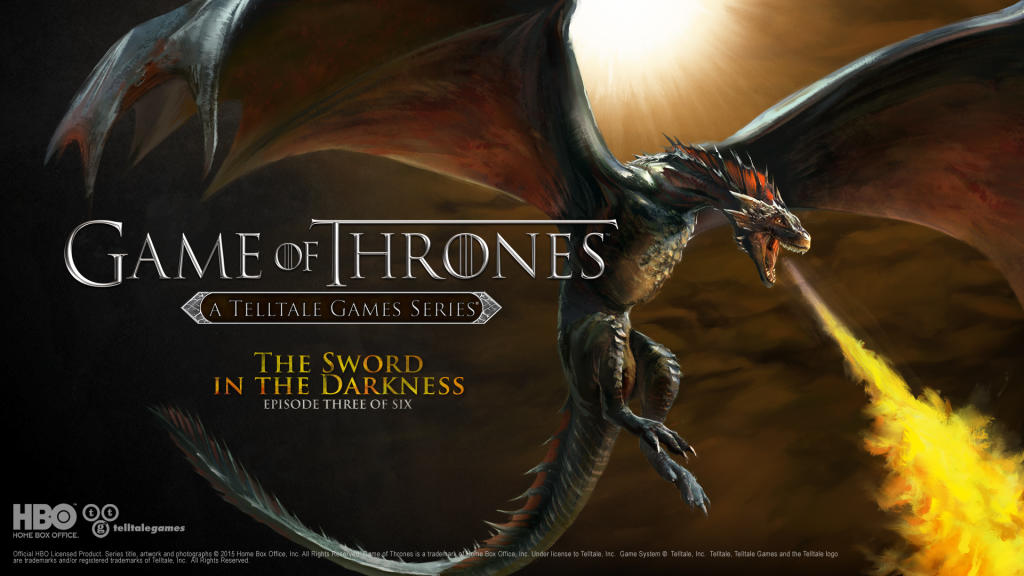 One Piece: Pirate Warriors 3 gets roster-focused trailer and screens