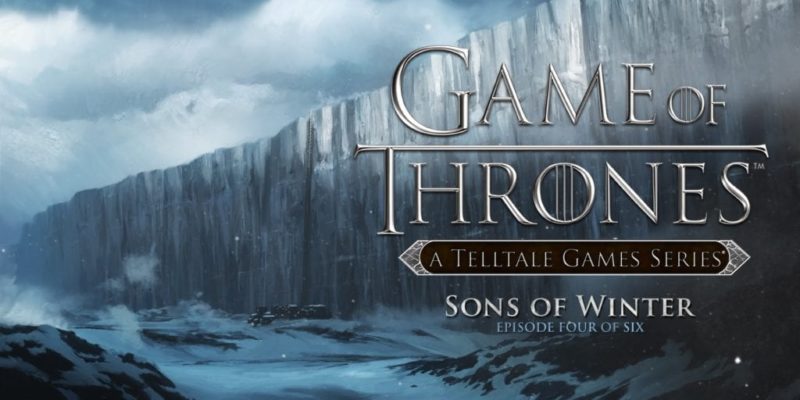 As Telltale strongly hinted at the weekend, Episode 4 (‘Sons of Winter’) in their ongoing six-part adaptation of Game of Thrones will be released next week.

26 May (Tuesday,) is the date for the PC version. A new trailer (below) has been issued as well, and contains a few broad hints as to what will be happening this time. In fact, don’t watch it if you want to go in completely blind. Stop reading the rest of this news piece too, because I’m about to summarise the trailer.

Forrester fans who are hoping for a change in fortunes for that family get a glimpse at possible revenge, as some Elite Archers appear happy to team up with Rodrik and kick Griff Whitehill out on his arse. Though, knowing Game of Thrones, they’ll probably betray Rodrik at the last minute and turn his sister into a pincushion, or something equally terrible.

Meanwhile, Mira is sniffing out the popular stench of conspiracy in King’s Landing, and Beskha (Asher Forrester’s pal) really doesn’t want to be in Meereen. A shame, because it seems like Dany is tasking them with getting the gates open.

Finally, Gared’s in a spot of bother with the Night’s Watch and will have to put up with Jon Snow being all disappointed in him. Undeterred, he seems keen to carry on looking for the mystical North Grove.

10 Hours With The Witcher 3: Wild Hunt