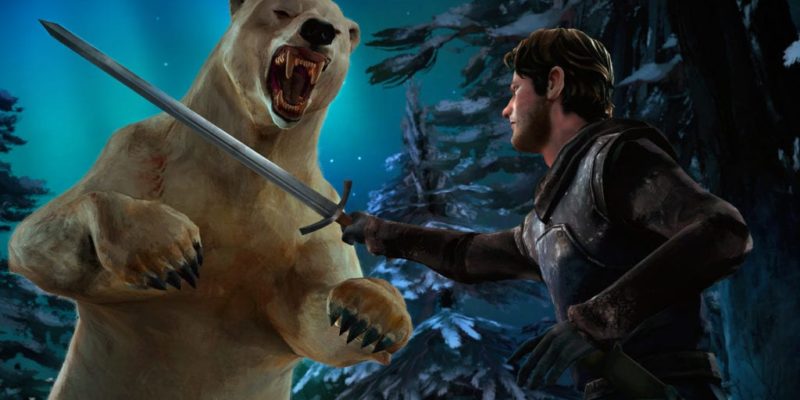 Gared may or may not count as a ‘maiden fair’ but he’s apparently going to be tussling with a hairy bear in the upcoming sixth (and final) episode of Telltale’s Game of Thrones. Episode 6, ‘The Ice Dragon’, is coming on 17 November. Quite a while after Episode 5, which was released about four months ago.

If you can still remember what happened in the prior installments, then this last portion should be wrapping those events up. Unless it does an annoying cliffhanger, or something.

Other images included in this Game of Thrones publicity pack show the Forrester army tromping through woodland on horseback and foot, their rival Whitehill family lining up for battle (also with a few horses), and Mira apparently being led off into the depths of the Red Keep. Oh, and there’s one of Gared sat under a tree. Whether that’s before or after he goes toe-to-toe with the bear is not clear.

By Logan Broadley2 mins ago
Hardware