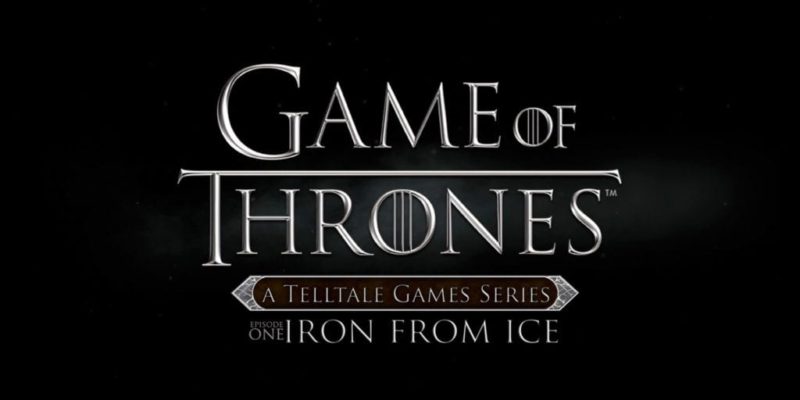 Practice your political posturing over the weekend, because Telltale’s Game of Thrones will be arriving on PC on 2 December. Since Tim’s review has pointed out that Tales from the Borderlands is Telltale re-exploring their comedy side, I’m fully expecting Game of Thrones to go for maximum bleakness.

Telltale announced the news on Thanksgiving, possibly while thinking about various horrible ways to murder people at Thanksgiving feasts for political gain.

They followed it up later with another tweet, saying that the full trailer for Episode One: Iron From Ice will be showing up on Monday 1 December.

In case you don’t know, the Game of Thrones game will have six episodes (instead of Telltale’s usual five) and will follow the fortunes (or otherwise) of House Forrester. They’re a Northern House, loyal to the Starks; but since this series will be set during the period covered by Season Four of the HBO televised version, being loyal to the Starks puts them in a tricky spot.

There will be five different playable characters from the House, which to me screams “some of these people are expendable.” It’s Game of Thrones and Telltale, so you can pretty much guarantee a death or two. Or five.

Windows 10 Will Have Native Support For FLAC, MKV, And HEVC