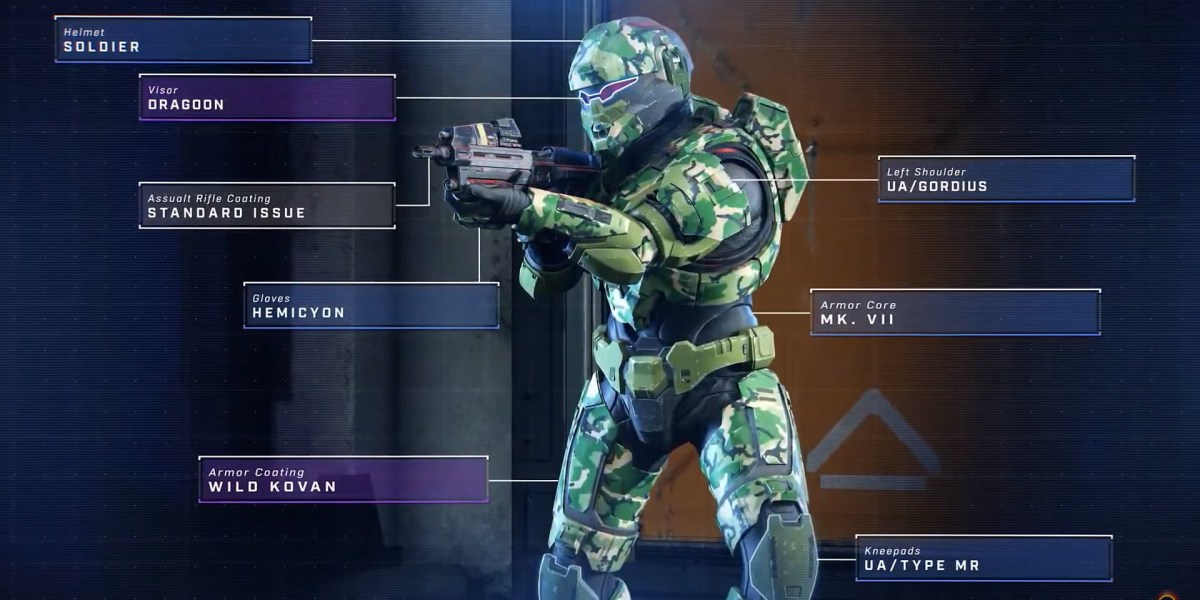 Today, Microsoft unveiled the next slew of games heading to Xbox Game Pass for PC. While it’s a damn good list, bringing games like Among Us and Stardew Valley, it also revealed what’s new in the world of bonuses. Microsoft and 343 Industries are not just putting Halo Infinite on the service on December 8, but will also start providing monthly Perks ranging from cosmetics to boosters and Challenge Swaps.

For most Halo fans, getting new cosmetics has been a bit of a chore. The game’s rigid and unforgiving progression has been a focus of attention for 343, which has promised some changes. But one of the major complaints roving around the ‘net is that, well, some of the cosmetics aren’t great. I’ve heard almost nothing but scorn for those wearing the white, blue, and red armor coatings. The community has dubbed these players “Pepsi Spartans,” and they’ve been threatened with aggressive teabagging. Thankfully, the monthly Perks for Halo Infinite through Game Pass may curtail some of these grievances.

I say that because the first coating — for the MA40 Assault Rifle — coming in as a perk is actually slick. Called “Pass Tense,” it’s a black coating with green highlights that screams Xbox. The skin is almost reminiscent to that of the one that came in the Halo and Monster Energy promotion from last year. Granted, that AR skin had a green buttplate, barrel, and grip, while the Game Pass variant is simply a racing stripe I feel is pretty sharp. For those who missed out on the promotional skins, Pass Tense isn’t a bad replacement. Hopefully we see more black and green skins in the coming months. 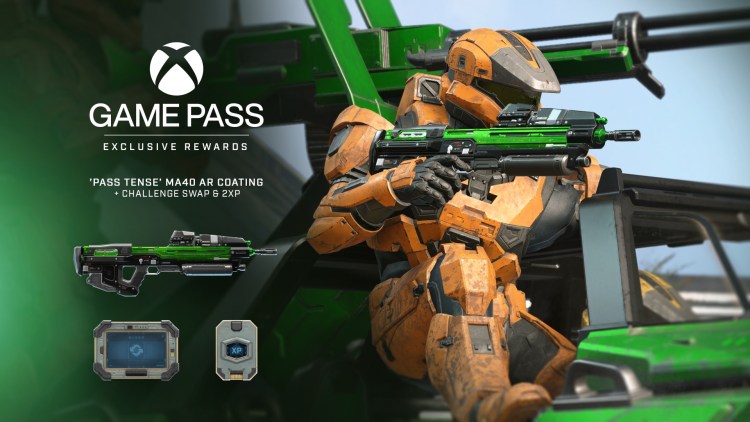 Now that I’m done gushing over the skin, we can go over the other rewards. Along with the skin, Game Pass subscribers can claim four 2XP Boosts (which are now an hour long) and four Challenge Swaps. I find it unfortunate that we need the latter in order to knock off categorically un-fun Challenges. But having four chances for better ones is fine, I suppose.

Microsoft is planning on making these Perks a monthly thing for Halo Infinite. The first bundle, shown above, will release when the game launches on December 8.