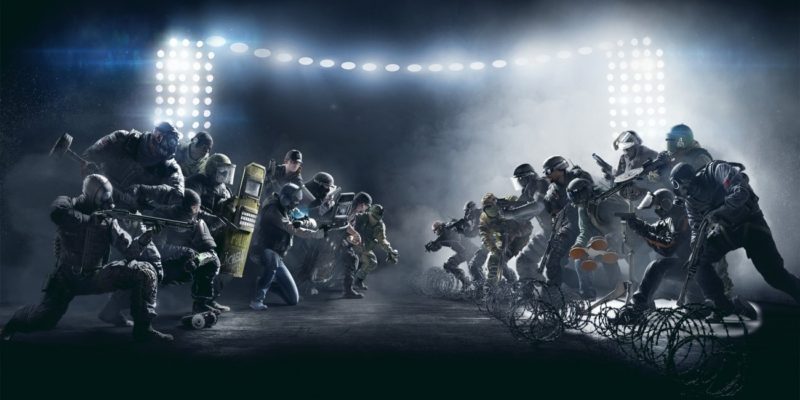 In the realm of Rainbow Six Siege, the month of October sees the much-needed reworking of the Operator, Tachanka, hit test servers in preparation for a full release. That is not all that is happening in the world of tactical shooting, however. Based on a social media tease, it would seem that one of Ubisoft’s biggest hits is making its way to Xbox Game Pass.

The Twitter feed for the Xbox Game Pass account added an interesting image over the weekend. At first glance, it does look a little weird. However, if you just pay a little more attention, it all starts to make sense. There appears to be a siege of a castle, with a trebuchet launching projectiles. An anomaly is definitely in the air, as we see not just one rainbow, but six. It cannot be any more obvious than that for the arrival of Rainbow Six Siege. It is a fun tease though, so kudos to the social media team over there.

For subscribers to the immense value that is the Xbox Game Pass, you would likely be able to jump into Rainbow Six Siege soon. No official confirmation has come out of Microsoft just yet, but surely this is inevitable. Unless someone into medieval warfare has compromised the Xbox Game Pass account, we will soon be fighting it out in close-quarters combat and getting caught in barbed wire. It is likely that Rainbow Six Siege will arrive with the Tachanka rework as well as map changes when it goes live on Xbox Game Pass.

Even after five years from its debut, the experience of Rainbow Six Siege remains an intensive and rewarding one. As Ubisoft continues to support the game, players have been rewarded with new Operators, maps, and plenty of fun along the way. A potential wave of players coming in via Xbox Game Pass will only make Rainbow Six Siege even more popular.