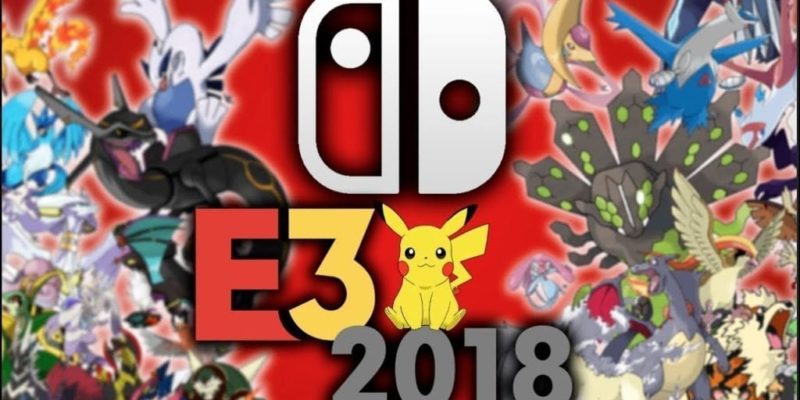 Pokemon has always been a beloved IP amongst its large fanbase, but even the newer games seem to be missing a certain touch that the older games had. Whether it be the classic top-down view, the pixelated art style, or for me personally, the challenge. Over the years there have been a plethora of fan games trying to bring back that spark the older generations had. Recently an ambitious un-licensed Pokemon game called Phoenix Rising hit the web. This fan-made game offers what fans like myself have been wanting from Gamefreak for many years.

Phoenix Rising adds twists to the original Pokémon formula but they don’t feel gimmicky like Z moves or Mega Evolution. While I did like Mega Evolution because it gave some life back to certain Pokémon that had seemingly been forgotten about, they did not continue to add more to future games. Phoenix Rising not only brings back Mega Evolution, but it gives new Mega versions to Pokémon that deserved them. It also brings back the art style of Heart Gold and Soul Silver. Most importantly, this game features the ability to have Pokémon follow you again — and it really hits that nostalgia button.

“Phoenix Rising is a free fan-made episodic Pokémon RPG developed using RPG Maker XP and the Pokémon Essentials engine. The game is set in a new region known as ‘Hawthorne’ and will boast changes to the original main-series Pokémon formula to include a more traditional RPG theme as well as many new features.”

Phoenix Rising doesn’t have the traditional starter trio from any generation. Instead, the player gets a choice of three familiar but random Pokémon. Those being Growlithe for the fire type, Staru for the water type and (very randomly) Petilil as the grass type. As random as they may be, I enjoy that they decided to not stick to the generic starter types, just another reason how they keep the game feeling fresh. Phoenix Rising takes out gyms completely in favor of a deeper story, a choice and conscience mechanic, and much more. There are still plenty of battles to go around so the lack of gym battles is hardly noticeable. A deeper story is something fans have wanted from Pokémon games. Sun and Moon were the closest to achieving this, and it was a nice change, but it still wasn’t fleshed out quite enough.

One feature in Phoenix Rising that I appreciate most is a hard mode for players want more of a challenge. From playing it on hard, I have noticed an interesting detail when battling key characters in the story. When battling trainers, they will use known techniques from competitive play such as setting up stealth rocks and then switching to another Pokémon to use dragon tail on you to then force your next Pokémon to swap in and take damage from the rocks. Whether or not this happens in normal mode I am unsure but it seems unlikely.

Getting into the big RPG elements of the game, we have to the inclusion of a quests system. This was a great yet unexpected surprise that should have honestly been introduced in the mainline Pokemon series a long time ago. As soon as the game begins, a scroll appears with your first quest and it felt so natural. It has always been beneficial to talk to every NPC in case they want to randomly give you something. While this still happens, now some people might give you a quest in return. Then that quest could potentially earn you some great rewards.

One of the first side quests that can be stumbled upon in the Pokémon Center. In this quest, two gentlemen can be found arguing over whether or not a rare fighting Pokemon can be found at a nearby farm. He then asks you to catch this Pokémon to prove it to his friend and gives you a reward for doing so. Not only is this a creative way to help you find rare Pokémon, but it changes up the pacing of the game splendidly. The next addition is the inclusion of a skill tree that allows you to unlock what they call “talents.” You acquire talents as you progress in the game and they can be spent on perks that suit your playstyle. As of right now, there isn’t much known about what the skill tree consists of because it won’t be available until episode two. Nonetheless, it is an interesting and welcomed mechanic.

What Will You Choose?

Probably my favorite inclusion yet is the choice system. There’s nothing like being in control of your own character in a video game. Something that Pokémon has never let you do in the past. The main protagonist always does the right thing in the end and that is to be expected. But what if our main character had a choice that was more selfish or ever falls into shades of grey? That is exactly what we are getting in Phoenix Rising. There are many choices to be made in the main quest and side quest that have various outcomes. However, seeing as we are only one episode in at the moment, it’s hard to tell to what degree the consequences will be. We do get an idea of what this will be like in the first episode when a man in the town swindles the town out of money with phony evolutionary stones. Our trainer is tasked with tracking him down and bringing him in, but when you find him he offers a bribe to not turn him in. This decision is a little more black and white but it’s exciting to see what other decisions the game has to offer down the line.

Besides that, there a many quality of life changes added such as multiple save files and being able to swap Pokémon without going into a menu. Game Freak could really take a note from this games and work on incorporating some of the mechanics into a mainline game. Realistically, that won’t happen which is why I love that these games get made by the die-hard fans. There are many new and exciting things to discover in this new world and my only hope is that Nintendo/Game Freak doesn’t issue a C&D order so we can keep receiving new episodes and updates. The game has been out for about a week now and has received a few tweaks here and there. So, if you love the Pokémon franchise and really want a more unique experience, consider checking this out. There are certainly some bugs and rough edges, but underneath is a breath of fresh air in the Pokémon universe.

By Sam Robins57 mins ago
Hardware