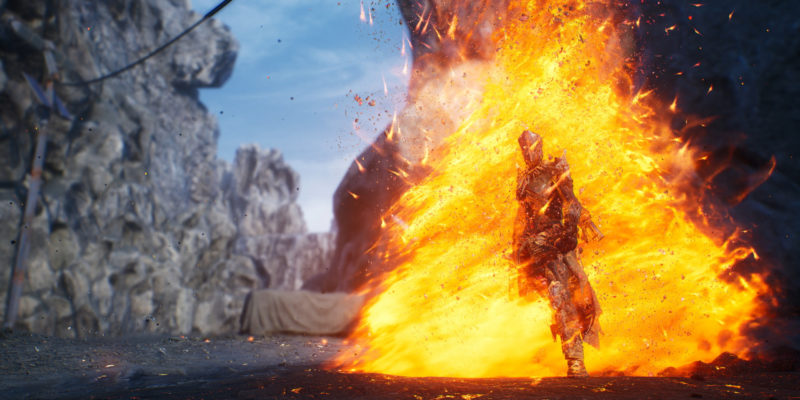 The march towards next-gen console gaming will only see more titles come to the PC platform. This includes Square Enix and People Can Fly’s Outriders, a roleplaying shooter that takes players beyond our frontiers and into the unknown. In the second episode of the Outriders Broadcast series, the developers revealed more about the game’s campaign structure amongst other interesting tidbits.

Outriders is set to be a massive experience that will provide plenty of entertainment for players. The story will see heroes fight across Enoch, a savage world that is no longer welcoming for humanity. No matter where you go, you will explore new frontiers, learn new and incredible powers, and discover secrets that can change everything.

Monsters and beasts await, and even the weather will mess with your best-laid plans. Thankfully, Outriders are individuals blessed with both the powers and the tenacity to survive in the harshest of conditions. The gameplay experience will be spread among three hubs that connect to combat arenas and free roam areas. Main story missions will push you along the different areas. If you decide to venture off and explore, side missions and rewards lie in wait.

The fact that sidequests and mission rewards scale to your level means going back to them later in the game will still be rewarding. Outriders also claims that it will take place in bespoke areas, rather than reusing environments. Players will also learn more about the lore in the game through such instances.

Hubs in Outriders provide a chance for you to relax a little. You can find vendors to purchase new gear, obtain gossip and bounties, and even find more sidequests. As you progress through the story, the world will change with you. This provides context and opens up new quests for you to explore as well. The broadcast also teases the inclusion of monster hunts, which the team will cover in a future episode.

You will also be accompanied by your crew on the Outriders truck. Think of this as a mobile hub, transporting you throughout the world of Enoch. Customization of the truck will be part of the package, and more will be revealed soon. The team also announced that Emmy Award winner and three-time BAFTA nominee Inon Zur will bring his talent to the original soundtrack of Outriders.

If you wish to watch the full broadcast, you can do so below. On top of the above, it includes details about new environments and the Pyromancer, plus a Q&A with the devs.