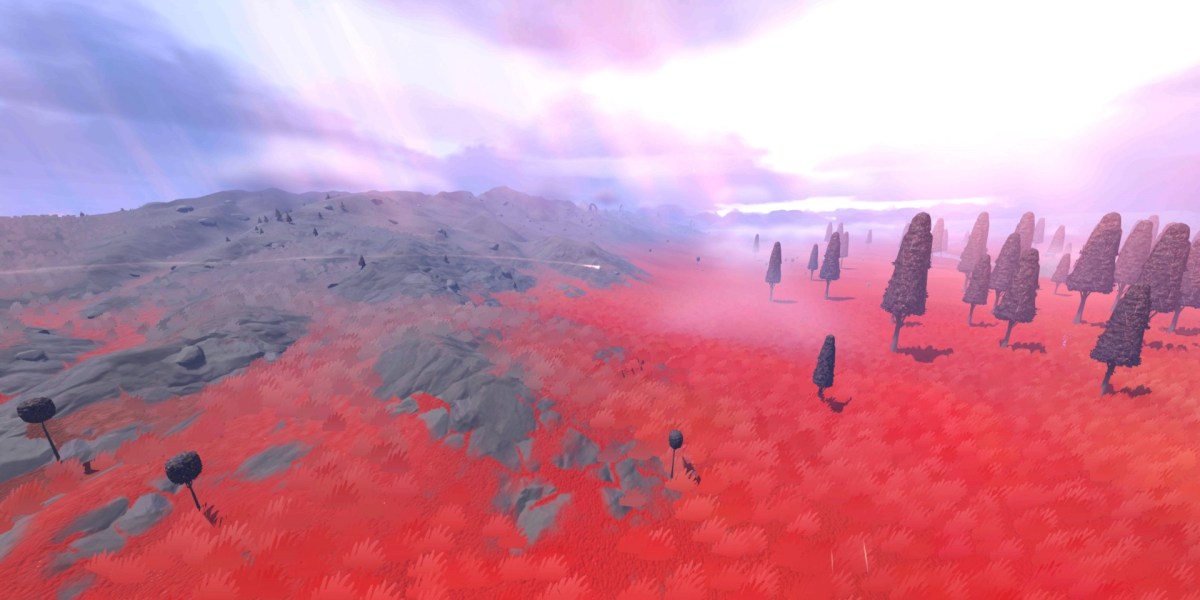 In June of 2020, developers Superbrothers and Pine Scented announced JETT: The Far Shore, an exploration-based game centered on flying through vast alien worlds. Much like many other games originally set to release last year, the game had to come out in 2021 instead due to the challenges of development associated with the COVID-19 pandemic. During yesterday’s PlayStation State of Play event, the developers showed a hefty new trailer for JETT: The Far Shore that not only reconfirmed the 2021 release window but also went into more detail over what the gameplay will entail.

In the trailer, Superbrothers Creative Director Craig D. Adams explained that the developers “aspired to create a videogame to express our own feelings of awe when we look up at the starry sky.” According to Adams, JETT: The Far Shore deemphasizes “combat [and] resource extraction” in favor of “exploration and discovery,” although players still have to avoid the assaults of dangerous wildlife. Much of the gameplay involves flying the jett and scouting alien wildlife, but players also occasionally have to explore on foot. Aside from the aforementioned dangerous wildlife, the gameplay adopts a very relaxed vibe and pace.

Players take control of Mei, a member of a team of aviator scientists who travel to an ocean planet in hopes “of securing a future for their species.” The team tries its best to “adapt and avoid conflict,” although Mei occasionally must wrestle with visions and memories that haunt her. The game portrays these characters in a minimalist art style that extends into the world itself.

In a gaming landscape filled with intense action titles, it is always appreciated when games like JETT: The Far Shore offer more laid-back experiences for players to enjoy — the trailer certainly gives off that vibe. Players interested in the game can check it out when it hits the Epic Games Store later this year.