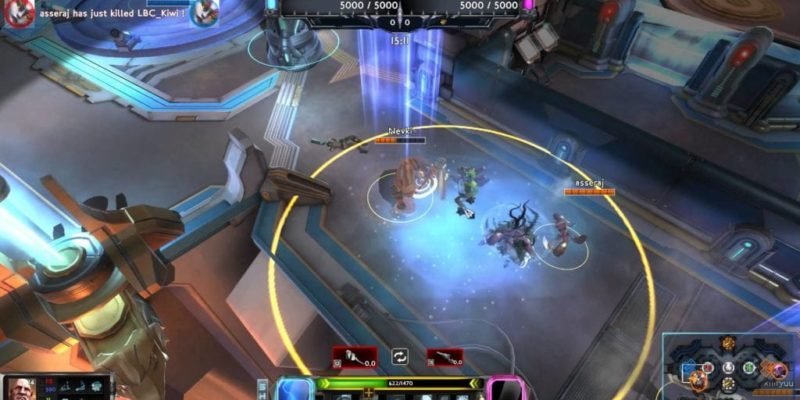 Developer Lightbulb crew are back to show more footage from their Games of Glory MOBA.

In this new Games of Glory video the team demonstrate the arsenal customisation system and the “unpredictability of the fighting arena”.

Taking inspiration from hack’n’slash games, this fast paced MOBA give players the opportunity to utilise a variety of weapons such as rocket launcher, dagger, claws, two-handed swords or sniper rifle. There’s an element of customisation too which you can see in this new video.

If you like what you see then check out the official site. Yes, I know, it’s another MOBA but at least it’s got its own style.