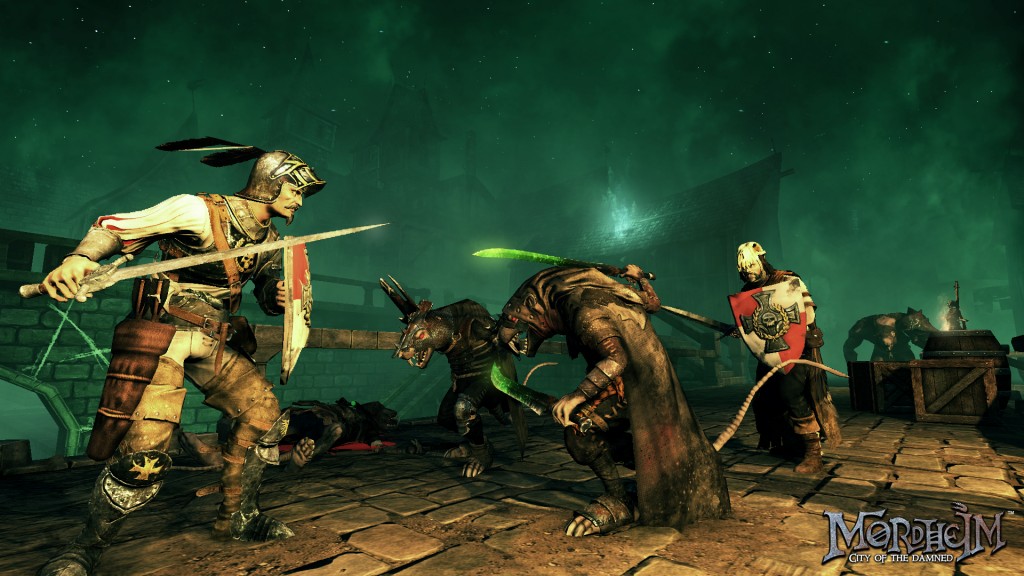 Mordheim is described as a turn-based tactical game based around vicious skirmishes, with a mix of RPG elements, tactical combat, and unit customisation. You’ll be leading your warband – who might be Sisters of Sigmar, Possessed, Skaven, or mercenaries from the Empire, amongst other possibilities – through the streets of the treacherous city of Mordheim, in search of Wyrdstone fragments. Loot weapons from corpses or abandoned buildings, take control of key neighbourhoods, level up your troops as they get more experienced, and explore the city in search of glory.

You’ll have to be fairly careful, though: messing up in combat could result in your troops losing a limb or even dying, and here, death is permanent.

Mordheim: City of the Damned will feature a full solo campaign as well as a number of multiplayer modes. It’s being developed by Rogue Factor, who I can’t say I’ve heard of before, but… well, let’s keep our fingers crossed. Mordheim is due out later this year.

Now where’s Necromunda? Seriously, I’ve been waiting for a digital version of that for years.