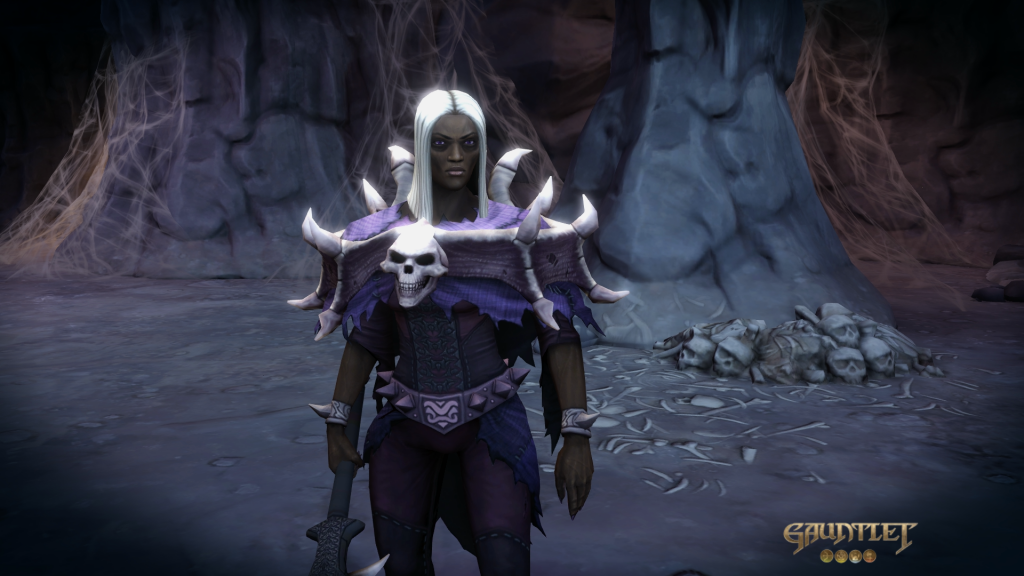 A new character and game mode has been released for this rather good reboot of Gauntlet.

Warner  and Arrowhead have released the new DLC for Gauntlet which introduces a new hero, Lilith the Necromancer. As you’d expect from her class type,  this character raises the dead summoning skeleton warriors to fight by her side. Lilith also comes with a Ghostwalk ability which “allows her to escape any deadly situation or impede her foes as she seamlessly passes through them”. The DLC is available now for £3.99 should you fancy some undead skeleton action.

In related news, Season 1 of the Gauntlet Coliseum game mode has a started today following the v1.1 game update release. which also comes with a load of bug fixes and improvements. This Coliseum mode involves taking on six horde-mode style arenas in which players are challenged to take on waves of enemies. Succeed and players will be rewarded with cosmetic items and also have their names in lights on the leaderboards.

We rather liked Gauntlet and if you’ve not checked it out yet then we suggest you do.