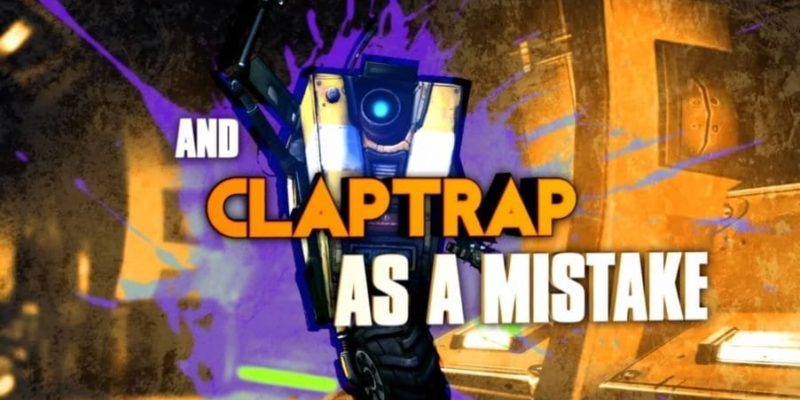 Yesterday, former Claptrap voice actor David Eddings accused Gearbox CEO Randy Pitchford of physical assault. Talking to PCGamer, Gearbox responded to those allegations earlier today. But although the company is taking it all so seriously, it did not provide an official comment. Instead, the spokesperson brushed it aside, calling it a “personal matter.”

The allegations followed a series of back and forth claims between Eddings and Pitchford on why the former wasn’t making a return to voice the chatty robot. At first, it started as a possible pay discrepancy. Eddings claimed that the company didn’t want to pay him to voice Claptrap in Borderlands 3. While working for the company, Eddings provided the voice in the earlier games. However, he received no additional pay. The dispute continued for a bit, eventually reaching a boiling point. Eddings took to Twitter, saying Pitchford physically assaulted him at the Marriott Marquis in 2017.

“Gearbox takes any and all claims of this nature very seriously and we will abstain from commenting on the allegations Dave is making because it is a personnel matter,” a Gearbox spokesperson told PCGamer. “We appreciate David’s contributions to the Borderlands franchise and have continued to assert we would welcome him back into the mix as the voice of Claptrap and other future opportunities.”

It must be so nice to be invalidated and then validated in the same memo. 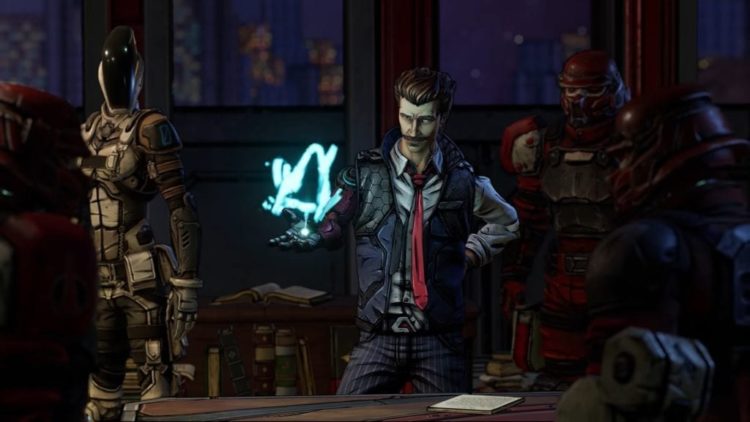 Troy Baker will also not return as the voice of Rhys.

Eye of the Storm

Amazingly, despite Pitchford’s love of arguing with people online, he has yet to make a comment himself. Of course, it didn’t stop him before. He fired back at Eddings earlier in the week, calling him “bitter and disgruntled.” It was that thankless tweet that pushed Eddings to talk about the altercation he had with Pitchford.

I ultimately offered to do it for “free” in exchange for past royalties owed plus an apology for something I’ve never spoken about publicly until now: Randy physically assaulted me in the lobby of the Marriott Marquis at GDC 2017.

Eddings isn’t the only one out of the picture, either. This latest controversy was preceded by another spat between a voice actor and Pitchford. Troy Baker, who voiced Rhys in Tales From The Borderlands, will not return — despite his character showing up in Borderlands 3. According to Baker, he wanted to return to voice Rhys, but Gearbox wouldn’t bring him in. However, Pitchford claims it was Baker himself who turned down the role.

Why is it that every controversy surrounding Borderlands 3 seems to swirl around Randy Pitchford? First it was Baker, then Pitchford said microtransactions would not be in the game (they are),  followed by a ridiculous tirade against Game Informer. And now we have this latest kerfuffle. At this point, it would probably be safe to say that Pitchford is doing Gearbox few favors. I would think that someone would try to keep him out of the spotlight as much as possible. But it must be hard to say no to a PR nightmare who also happens to be the boss.

Borderlands 3 will launch for PC on September 13 on the Epic Games Store.

Microsoft is Teasing Something Game of Thrones Related