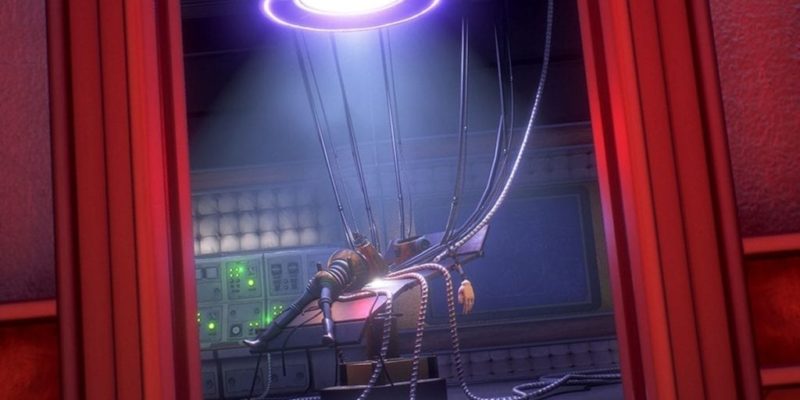 A couple of days ago, Gearbox teased a possible reveal of the long-awaited Borderlands 3 for PAX East. Yesterday, the company dropped another image, this time for a completely different game.

We know for a fact that the two teased games are not the same. The Tweet showing off the image reads, “Time to tease another game for PAX!” So, this new title is clearly a different beast. The graphical style, however, doesn’t stray too far from the comic book, cel-shaded look of Borderlands. However, it’s what’s in the picture I find intriguing.

Time to tease another game for PAX! pic.twitter.com/N6OQIUZnAc

Gearbox’s new game may just dabble in some retro-futurism. On the gurney is what appears to be some kind of Futurama-esque robot. Next to it lies a robotic limb with an oddly human looking hand attached. Aside from the ’50s-era panels in the background, there’s not much else to go on. Personally, I’m also getting some We Happy Few vibes, but maybe that’s just me.

We’re also not sure if the game is being developed in-house by Gearbox. The company has had its fair slew of published games, so this could be another. It’s actually somewhat likely that this is indeed a game the Gearbox plans to publish. Back in 2017, studio head Randy Pitchford mentioned during a panel at PAX West that 90% of the Gearbox team was “working on the thing I think most of you guys want us to be working on.” He didn’t drop any hints, but c’mon. It was Borderlands 3. Right?

We’ll know for sure in a few short weeks. On March 28, starting at 2 PM EST, Gearbox will have “never-before-seen reveals, exclusives, and surprises” in store. Other than what we believe to be Borderlands 3, we’ll also have this new mystery game in store. Let’s just hope it isn’t another Duke Nukem project. That poor guy has suffered enough.