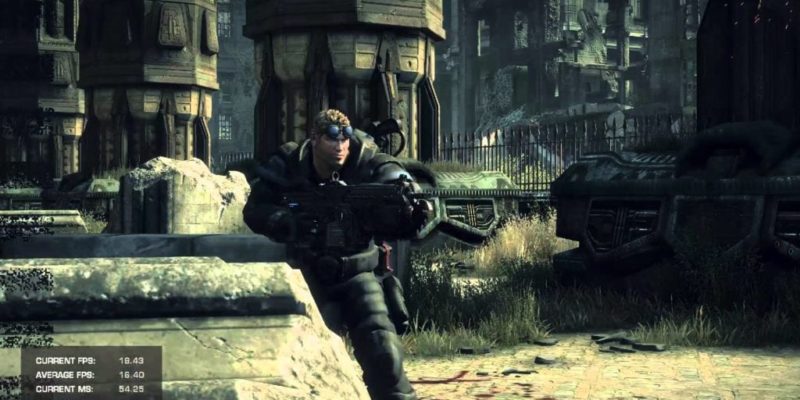 Microsoft gave Gears of War: Ultimate Edition a surprise PC launch today; it’s available as a Windows 10 Store exclusive for $30 USD. That’s the good(ish) part of the news, assuming you don’t mind how restrictive the Windows 10 Store is with PC games and want to play the original Gears of War.

The less acceptable part is that the game appears to have massive problems running on higher-end, and newer AMD GPUs. Those classified under GCN 1.1 and 1.2 (things like the R9 380 to the Fury or Nano) are exhibiting terrible performance, visual artifacts and corruption, and all manner of other issues.

This is not a great look for Microsoft’s first foray into DirectX12 powered games, especially as the very cards it’s failing on are the ones which should be best equipped to run DX12.

Some acknowledgement of the problems has been made over in the Gears of War forum. Community admin “TC PezRadar” has compiled some ‘known issues’, which states: “We are working closely with [AMD] to address a few issues encountered in Gears of War: Ultimate Edition for Windows 10 on AMD cards using GCN 1.1/GCN 1.2, and expect they will be addressed quickly in an upcoming update.”

In the meantime, stay well clear of this title if you have a newer AMD GPU. Forbes contributor Jason Evangelho captured some high-end AMD benchmarks and, as you can see from the one below, they’re not pleasant viewing.