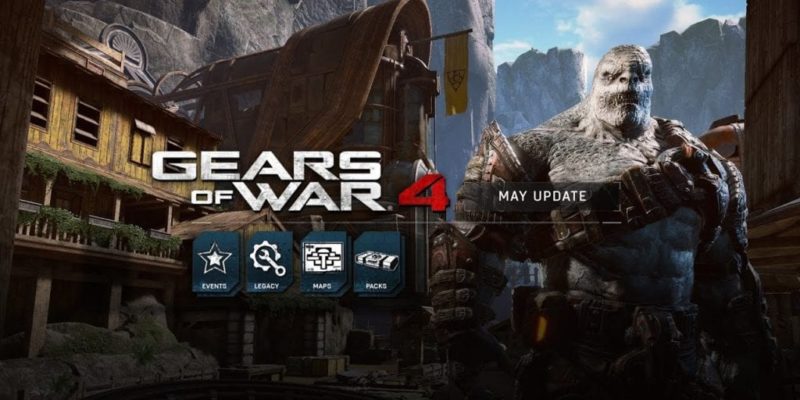 On 2 May, Gears of War 4 (a Windows 10 only title on PC) will support multi-GPU set-ups. It’s part of a broader update that’ll also be adding two new multiplayer maps.

Here’s the Coalition writing about multi-GPU support. As with other games, using a pair of GPUs in tandem to render the game can produce pretty pleasing results: “Gears of War 4 now utilizes up to two linked discrete GPUs to increase rendering performance up to 80%.” It’s said that you’ll need the latest Nvidia (381.89) or AMD (17.4.4) drivers to get this working, so make sure you’re up to date there.

Further instructions and release notes can be found at the link above. As well as multi-GPU support, Gears of War 4‘s next update will see the return of the ‘Security’ map from Gears of War 2. It’ll apparently have “improvements that incorporate Gears 4’s close-cover combat, Horde and proper support for respawn-based modes like TDM.”

An entirely new map called Dawn will be part of the 2 May update as well. This one is based around an Outsider village and abandoned mining colony. Here’s a trailer showing them both.