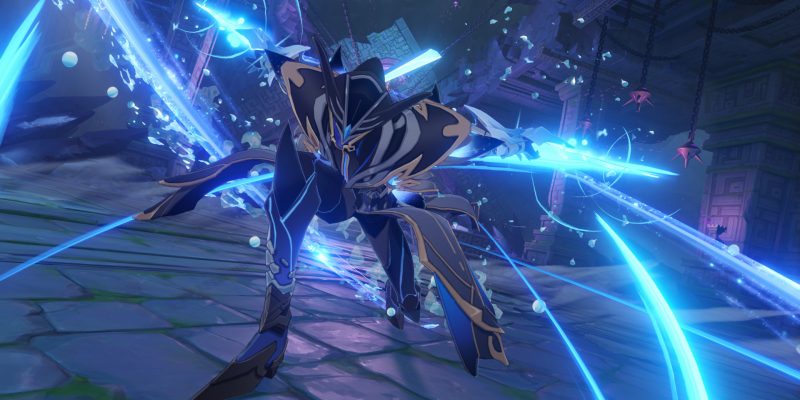 “We Will Be Reunited” archon quest

If you’re Adventure Rank 36 and you’ve already done “The Meaning of Lupical” and “Bough Keeper: Dainsleif,” then Genshin Impact‘s “We Will Be Reunited” archon quest should be available to you. Simply go to Liyue Harbor to talk to Ganyu and an NPC from the Adventurer’s Guild.

You’re told to visit a domain that’s just north of the Clear Pool and Mountain Cavern. Once inside, you’ll notice a few Abyss Herald and hilichurl mobs. Likewise, you’ll reach a chamber with an ominous Statue of the Seven that’s upside down and swirling with dark energy. You have to escape this area since the floor will slowly deplete your health.

There are also sections of this domain that have traps akin to the “Great Bubble Crash” and “Bubble Speedster” challenges in the Peculiar Wonderland. That means you’ll want to avoid the bubbles lest they encase you. In the second part, the floors would collapse, too, so getting trapped can lead to death. Once you reach the exit, the Abyss Herald greets you. He’s a Hydro-based opponent and he has a few noteworthy attacks: After dropping him to 50% health, he’ll escape. Head outside and talk to Dainsleif.

This mysterious character knows a lot more than he lets on, and he tasks you with learning about the plans of the Abyss Mages. Simply go to each marked location that you see on the map and take out the Abyss Mages, Ruin Guards/Ruin Hunters, and hilichurl mobs that you see.

After completing these tasks, you’ll visit Mondstadt’s cathedral. There, you’ll talk to Barbara and Rosaria. It seems that your next stop is Wolvendom, specifically the area where you fought Andrius. There are a few mobs along the way, but they shouldn’t be too much of a hassle.

Once you reach Andrius’ location, though, you’ll see that the mighty wolf spirit has been trapped by the Abyss Herald. The Abyss Herald retains the same abilities as before, but he does have a couple of hilichurl mobs with him. It’ll also be raining while this fight’s going on, so you want to eliminate the fodder before you get hit with elemental reactions.

The Abyss Herald has some extra tricks: After finishing this part, Dainsleif will tell you to go to Stormterror’s Lair. There’s a deactivated Ruin Guard there that he’ll interact with.

It looks like you’ll be going back to that domain you visited earlier. So, let’s talk about your final bout against the Abyss Herald.