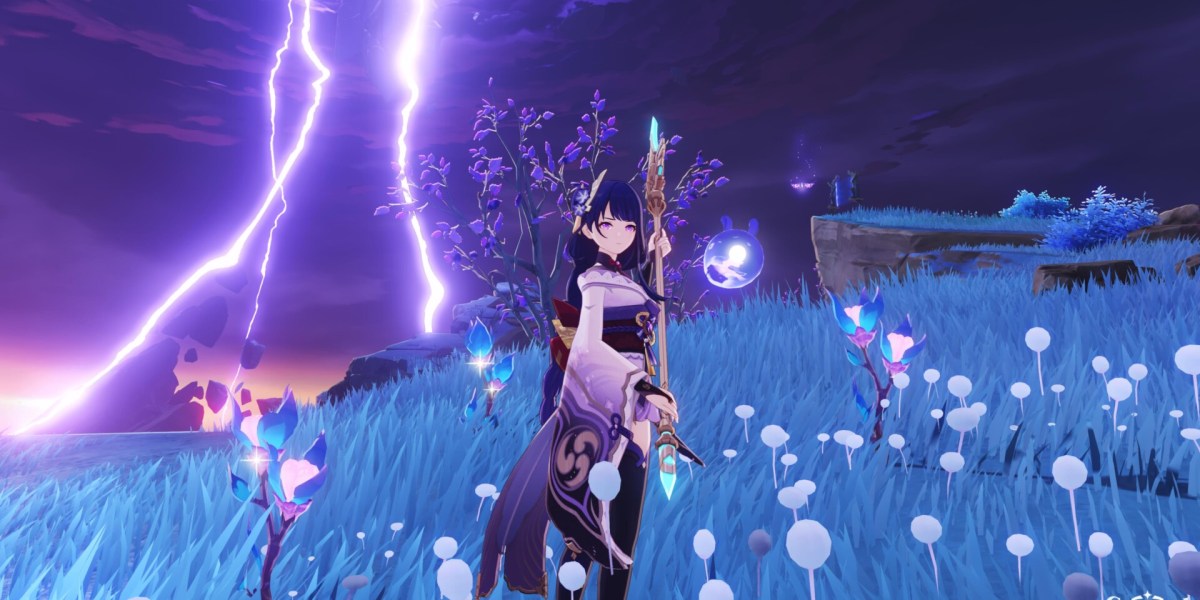 The Amakumo Fruit is a material that you can farm now in Genshin Impact thanks to the version 2.1 update. These are actually found on Seirai Island, a new zone that was just added. However, things can get a bit tricky and challenging, too. Here’s our Genshin Impact Amakumo Fruit farming locations guide to help you with the Raiden Shogun’s character ascension material.

Note: For more information about the game, check out our Genshin Impact guides and features hub, as well as our version 2.1 overview. Likewise, you can visit our character build guide for the Raiden Shogun.

The Amakumo Fruit item in Genshin Impact has bluish petals and a reddish stem. The good thing about farming these is that each node gives you two materials. Even better, most of them tend to be clustered as well.

Anyway, when you first arrive on Seirai Island, you’ll notice that there’s an unceasing thunderstorm in the distance, quite close to the center of this zone. Thankfully, the skies in the northern areas are clearer. 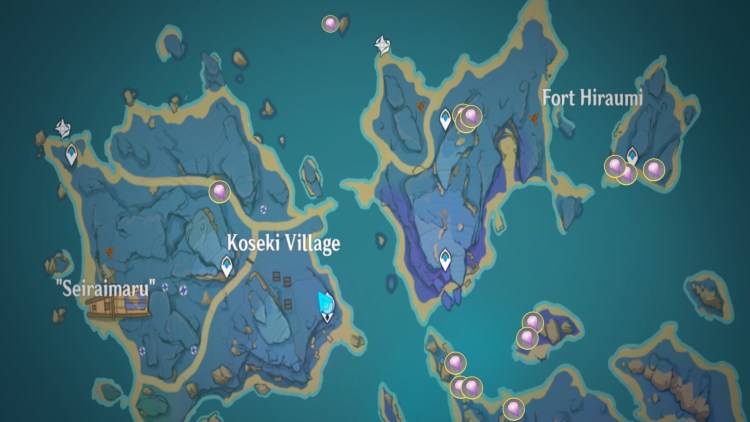 Things will get tougher as you move further inland because of that weather phenomenon. For starters, the area encompassing Amakumo Peak is affected by Balethunder.

Yes, the entire portion that you see on the map below, barring the outskirts, will drain your character’s HP. Sadly, there aren’t a lot of Thunder Boughs/Electrograna buffs. 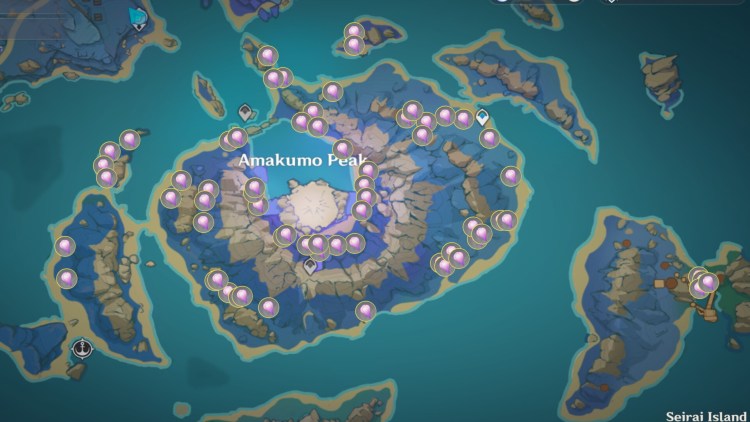 Worse, not only will you need to contend with enemies (i.e., Specters and Ruin Sentinels), but you also have to watch out for lightning strikes. You will notice sparks appear on the ground.

Within seconds, lightning will blast the surrounding area multiple times. It’s imperative that you get out of the way, or you’ll end up taking massive damage. 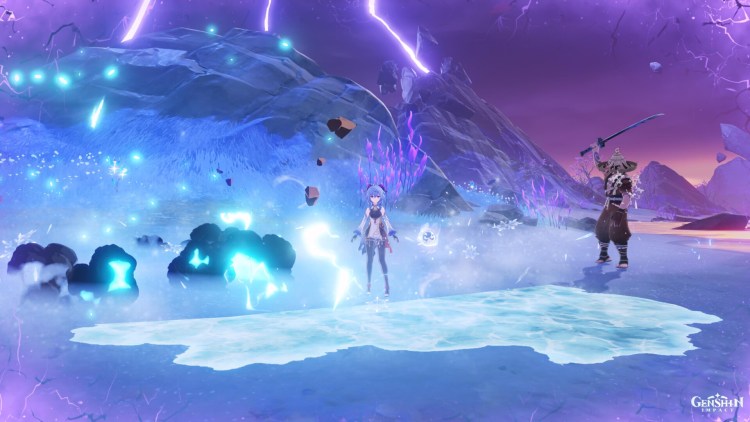 I suggest bringing a couple of healers, such as Qiqi and Barbara, so they can keep you alive. Stay on the move often so you don’t get hit.

Note 1: If you need to heal up, you can fast travel back to the Statue of the Seven near Koseki Village. For getting to Amakumo Peak a lot quicker, you can use the Waverider spawn point near Asase Shrine or the Phase Gates near the Fort Hiraumi teleporters (you’ll still take damage from Balethunder while you’re floating).

Note 2: To clear the storm in the zone, you’ll need to complete a world quest called Seirai Stormchasers (which also happens to lead to the Thunder Manifestation elite boss fight). We’ll discuss these activities in separate guides. You can check those out if you want to be rid of the annoying lightning strikes. 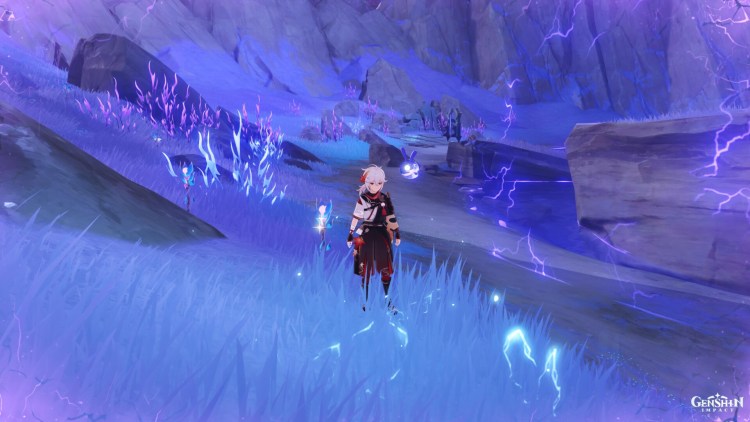 Lastly, if you look further to the southeast, you’ll notice an island that’s separated from the others. There are an additional 4x Amakumo Fruit nodes here.

In any case, keep exploring the region and do your best to survive. There are so many of these materials found in the entirety of Seirai Island that you shouldn’t have issues when trying to level up the Raiden Shogun. Personally, I ended up with 150x Amakumo Fruit when I was finished with my farming run.

Are there more Amakumo Fruit farming locations and nodes in Genshin Impact? I would think so. If you find additional spots, let us know. 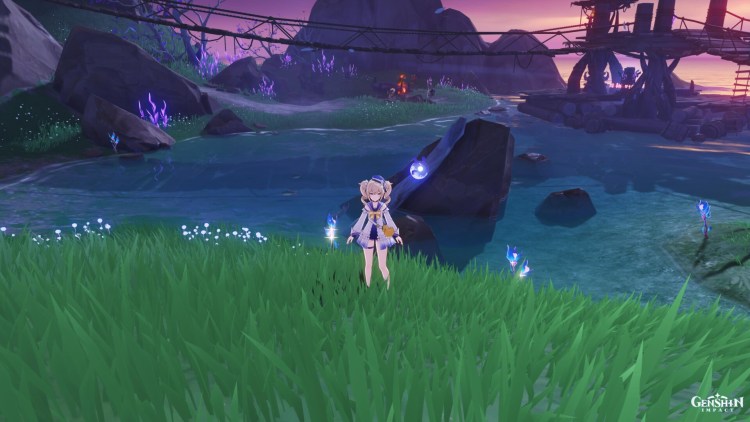 Genshin Impact: How to stop the storm on Seirai Island

By Alexa BeMent15 mins ago
Guides