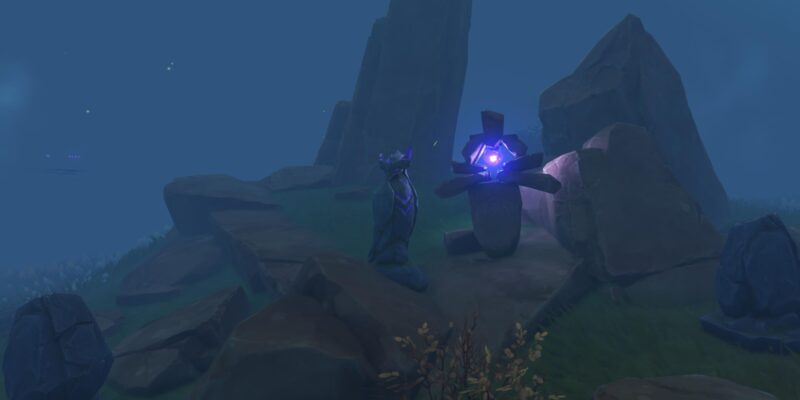 Assuming you’ve completed your tasks on Tsurumi Island during the previous day, then you’ll no doubt have access to Through the Mists – Octave of the Maushiro. This is the second phase of the world quest, and it entails visiting new locations. One of these areas happens to be Autake Plains. Here’s our guide to help you with the Autake Plains Mystery of the Stones puzzle in Genshin Impact.

The Autake Plains Mystery of the Stones puzzle in Genshin Impact is the last in this series of tasks. You’ll receive this objective after solving the one in Oina Beach. Mind you, even if the puzzle here is different from what we did during Day 1 of the Through the Mists quest, this place is still shrouded in fog. As usual, you’ll want to stay close to the lanterns and, for those that have a purple hue, they need to get hit with an Electro ability or charged attack. I suggest using Fischl here if you have her. 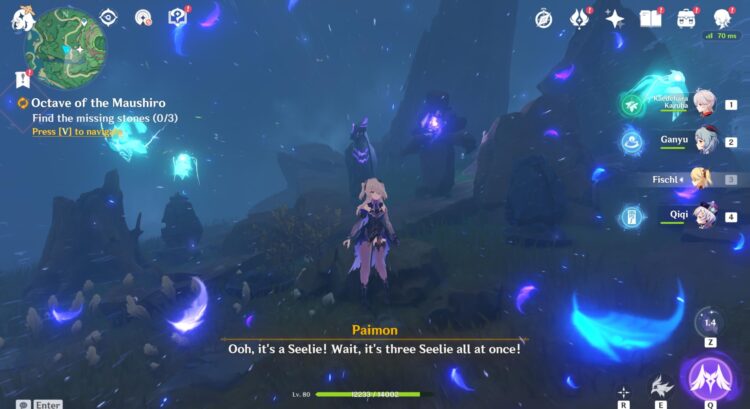 Your goal here is to find three Autake Slate rocks. They’re hidden, but the Seelie will guide you. The three Seelie will each float to a specific location, moving from one lantern to the next.

Naturally, make sure that your pathways are well-lit so you don’t accidentally get lost in the mist. Once a Seelie has stopped moving, it means that there’s an Autake Slate there. After picking up all three, place them in the original spots next to the large pillar with the eagle statue. 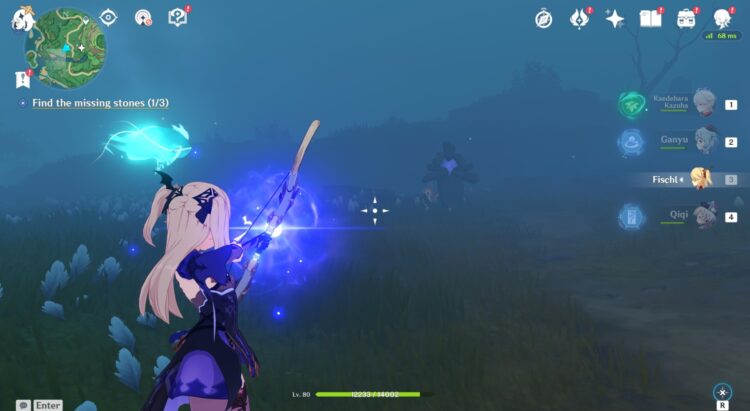 After doing that, purple symbols will appear on the pillar. Based on the pillar’s symbols from top to bottom, you’ll need to hit the small rocks in the correct order.

If you do it right, you’ll complete the Autake Plains Mystery of the Stones puzzle in Genshin Impact. 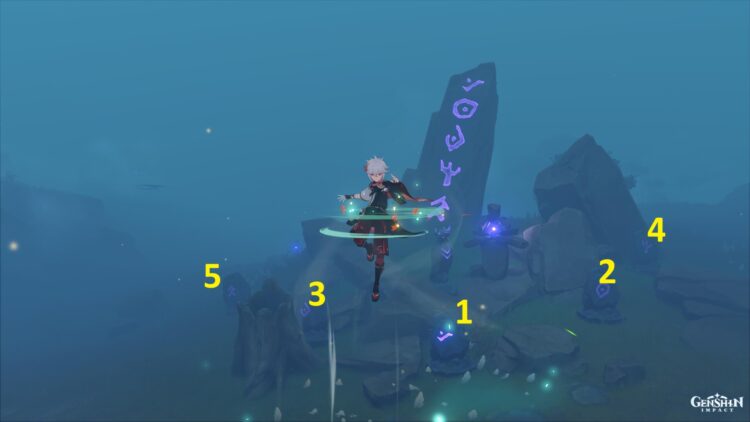 With all three puzzles finished, return to Moshiri Ceremonial Site. Everyone has disappeared, again! Thankfully, you’ll have the Maushiro with you.

Go back to Sumida in Inazuma City and tell her about the events that have transpired. It seems that she wants you to learn more about Kama. It looks like we’ll have additional adventures in the next stage of Genshin Impact‘s Through the Mists quest.

Update: Day 3 has you destroying the perches. 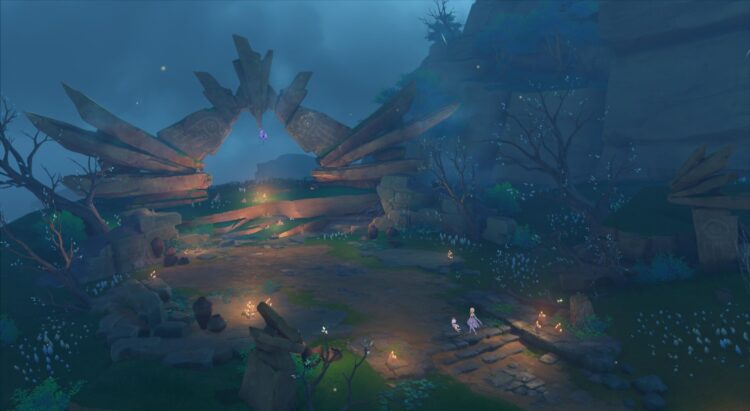 Genshin Impact: Through the Mists Day 2 – Octave of the Maushiro guide