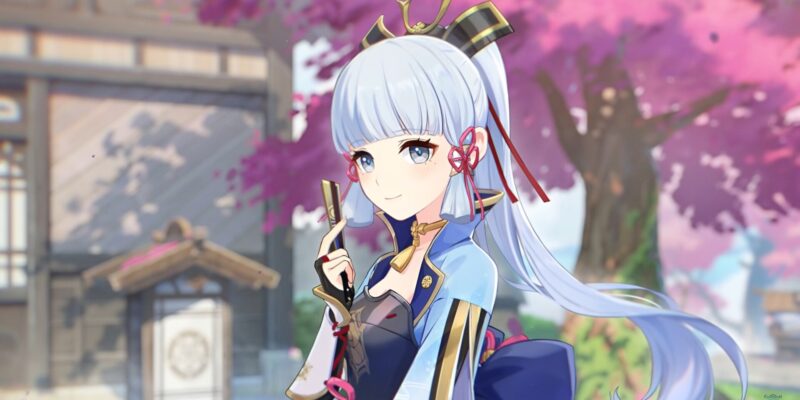 Let’s talk about the best weapon that can be used by Ayaka in Genshin Impact.

Considering how often Ayaka’s attacks are infused with Cryo (i.e., after her special movement ability), you can easily gain stacks that will, in turn, power up your elemental damage bonus. However, since the Mistsplitter Reforged is a new 5-star weapon in Genshin Impact, it can be costly to acquire from “Epitome Invocation” wishes even with the Epitomized Path mechanic.

Note: If you plan on getting this weapon, you can take a look at our Ruin Sentinel/Chaos Gear farming guide for the materials.

Primordial Jade Cutter (crit rate) – If you don’t want to roll for the Mistsplitter Reforged for Ayaka, then another viable 5-star weapon is the Primordial Jade Cutter (assuming that you already have it). You’ll get the all-important crit rate sub-stat, as well as an ATK% increase based on Ayaka’s maximum HP. This is a flat DPS bonus that’s more straightforward than relying on various procs. 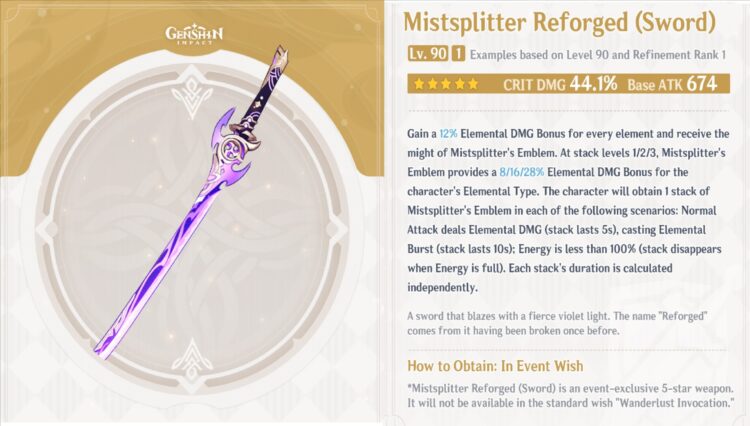 The Black Sword (crit rate) – The 4-star Black Sword from the Gnostic Hymn Battle Pass remains one of the better gear pieces for main DPS characters like Ayaka. You’ll get crit rate and passive HP regeneration when you land crits. Likewise, it increases the damage of normal and charged attacks, including those infused by Cryo.

Iron Sting (elemental mastery) – Iron Sting is okay, especially if you’re just looking for a pure free-to-play (F2P) choice since it comes from the blacksmith. Dealing elemental damage will also increase all types of damage, and you can keep those stacks up too. Only the elemental mastery sub-stat seems to be questionable at first glance.

Amenoma Kageuchi (ATK%) – The Amenoma Kageuchi (seen in the image below) is a new 4-star weapon introduced in Genshin Impact‘s 2.0 update. You can obtain the recipe by collecting Old Stone Slates as part of a quest, and the weapon can be forged via the blacksmith. It makes skills generate an Elemental Seed (maximum of three simultaneous seeds) which are subsequently consumed once you cast your burst. Doing this regenerates six energy for each Elemental Seed that’s consumed. Again, purely F2P options like the Amenoma Kageuchi are decent on paper, but this can really hamper Ayaka’s overall DPS.

Harbinger of Dawn (crit damage) – Finally, there’s the Harbinger of Dawn which is a 3-star weapon obtained as a random inclusion in wishes. The crit rate bonus when Ayaka’s HP is above 90% can be sustained especially if she’s part of perma-freeze comps (or when you’ve got a shieldbot character to support her). Unfortunately, its base attack is ridiculously low.

All right, let’s move on to the next part of our Genshin Impact Ayaka guide. We’ll discuss the best artifact sets for her. 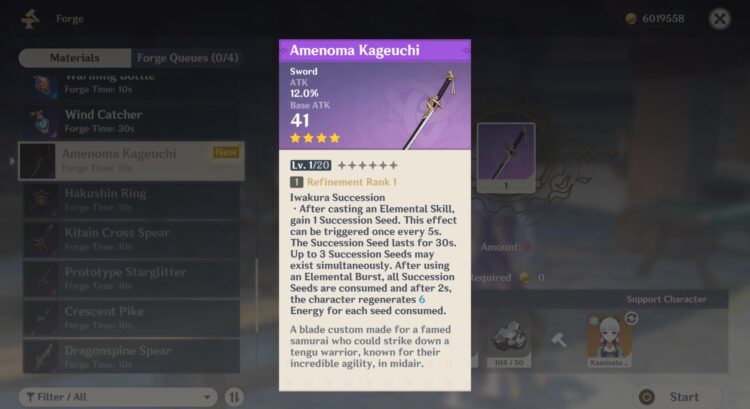