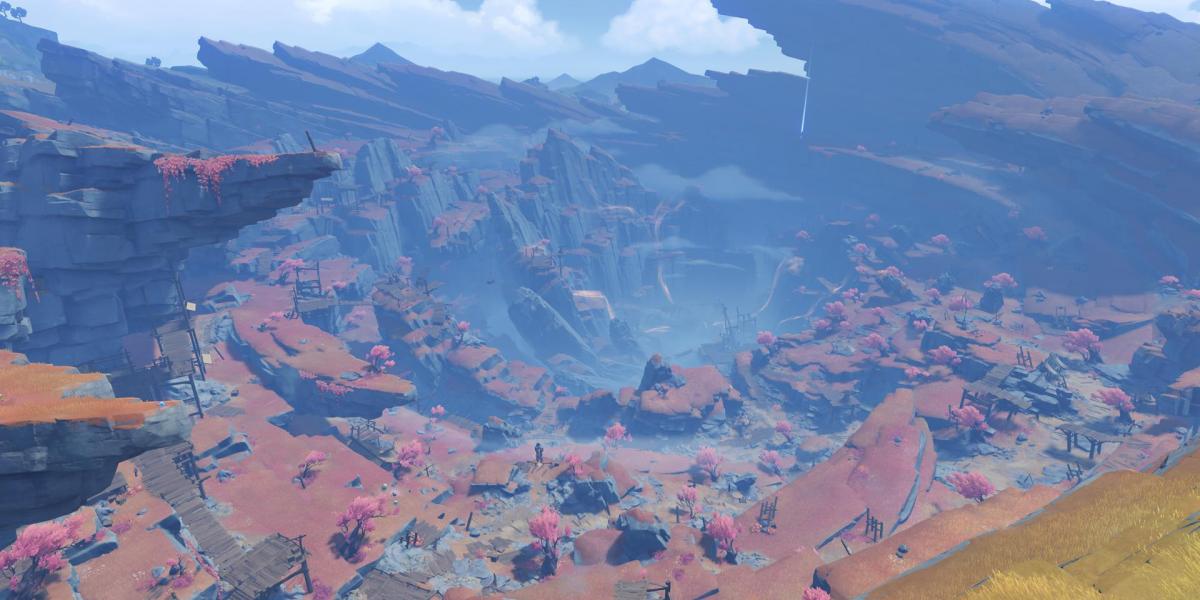 The Chasm is a new zone added in Genshin Impact‘s version 2.6 update. Before you can get there, you’ll need to look for certain contraptions that are blocking the way. Here’s our Genshin Impact guide to help you unlock The Chasm and destroy the Bedrock Keys.

To unlock The Chasm in Genshin Impact, make sure you’re tracking the quest called “Surreptitious Seven-Star Seal Sundering.” Wow, that’s a mouthful. A marker just west of Qingxu Pool in Liyue will appear on your map. Make your way there and talk to the guards so they can let you pass. 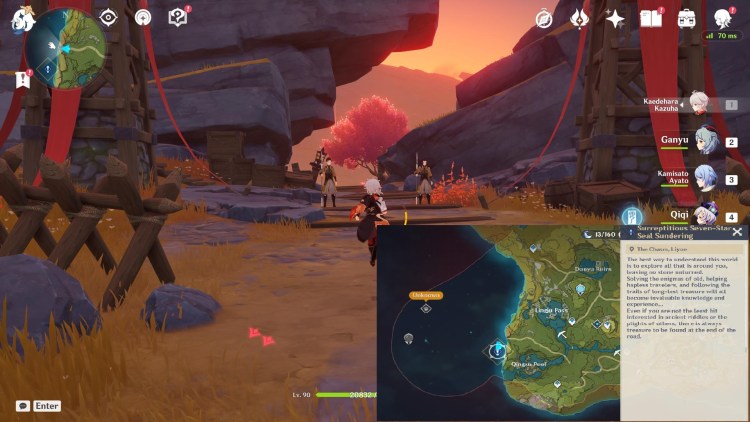 Next, you’ll talk to an NPC named Muning (no, he’s not a cat), and an Adventurer named Zhiqiong. Zhiqiong is right in front of a Bedrock Key. Before you can do anything about it, you’ll have to go to a warehouse, beat several Treasure Hoarders, and pick up a quest item called the Lumenstone.

When that’s done, go back to Zhiqiong and do the following: 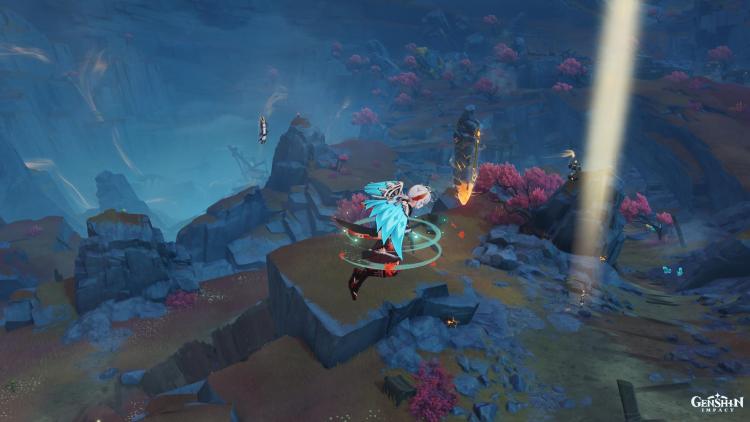 With that finished, Zhiqiong will give you the locations of three more Bedrock Keys in Genshin Impact. These are in the north, southeast, and southwest.

Before you tackle those, I suggest tagging the Statue of the Seven in the distance so you can get the lay of the land. 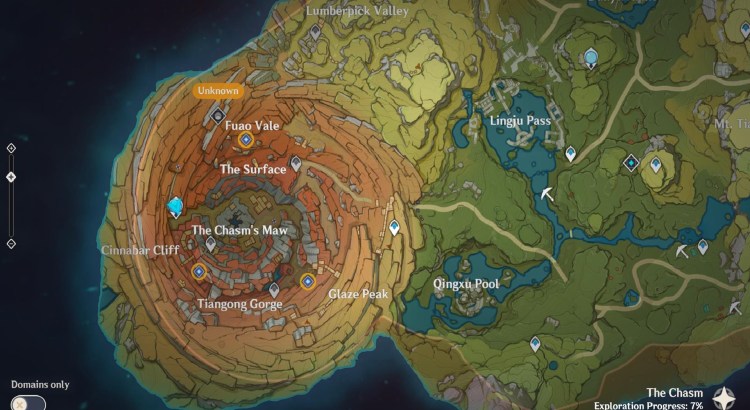 You should spot several resonance boulders. Jump off the side of the cliff to find a mineshaft. 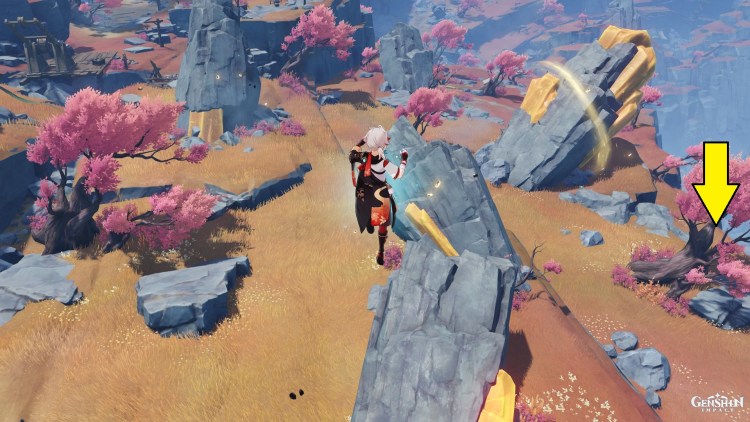 There are two crystal formations here that will destroy the Bedrock Crystal. 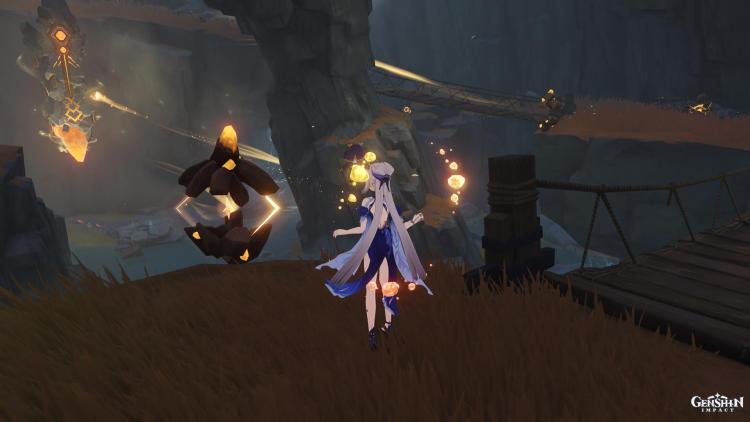 The Bedrock Key is out in the open. First, you’ll want to hit the crystal that’s higher up (you’ll need to stand on the lift, striking the object while facing the Bedrock Key). Do the same for the other crystal on the opposite side. The third and final object is inside the house at the bottom of this section.

Note: You’re going to encounter some Treasure Hoarders here. After defeating them, they’ll admit that they’re Millelith agents. This leads to a sidequest called Undetected Infiltration, but we won’t tackle that here. 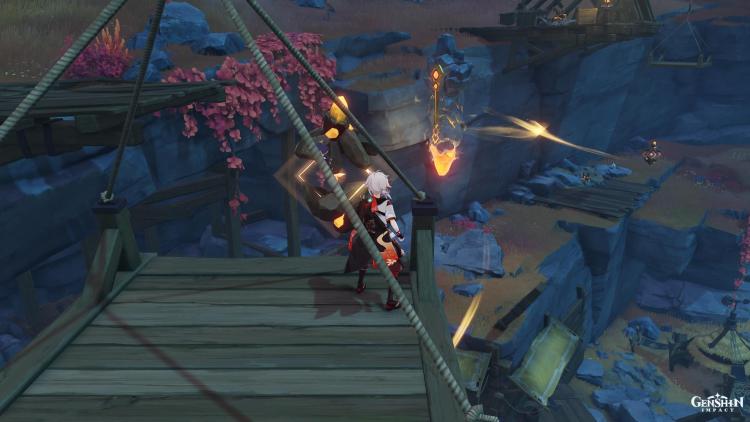 Continue along the pathway past the Ruin Guard and Ruin Grader. Soon, you’ll come across a pit with a wind current. Strike the crystals in the order shown in the image below: 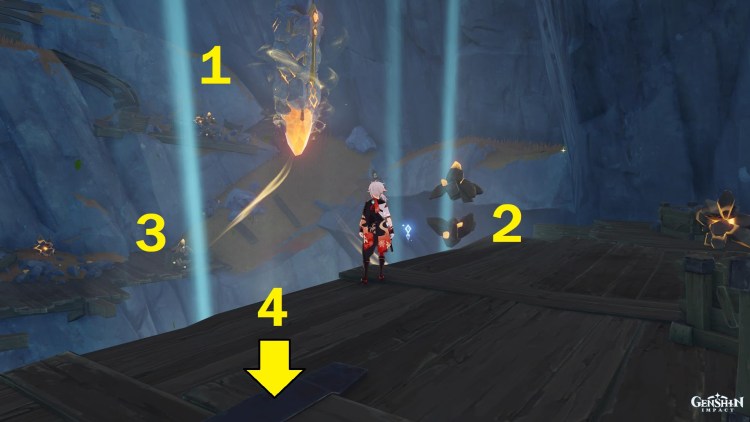 Once you return to Zhiqiong, she’ll tell you that there’s one last task before you can head to the chasm. This one is fairly close to the Statue of the Seven. Look behind the tent where the Fatui agents are to find a small crevice. Follow the tunnel until you see a pit. 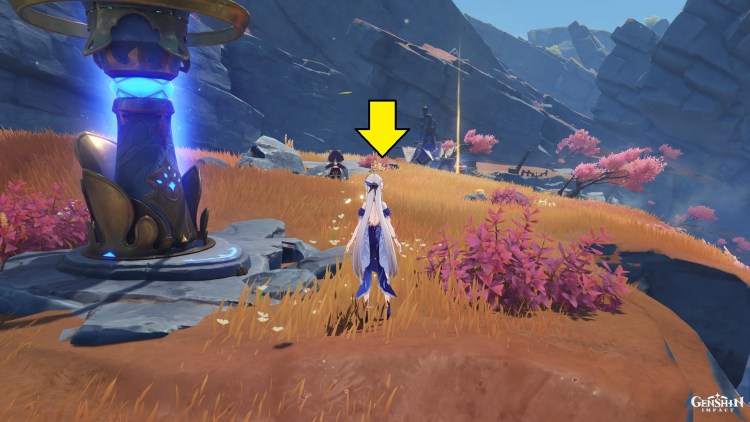 Hit the first crystal to bring the Bedrock Key lower. Then, jump down and kill the Geovishaps. You can then strike the last crystal to break the seal.

Congratulations! All the Bedrock Keys have been destroyed and you’ve unlocked The Chasm in Genshin Impact. There are a lot of things to do in this new zone, which is why we’ve listed several guides: 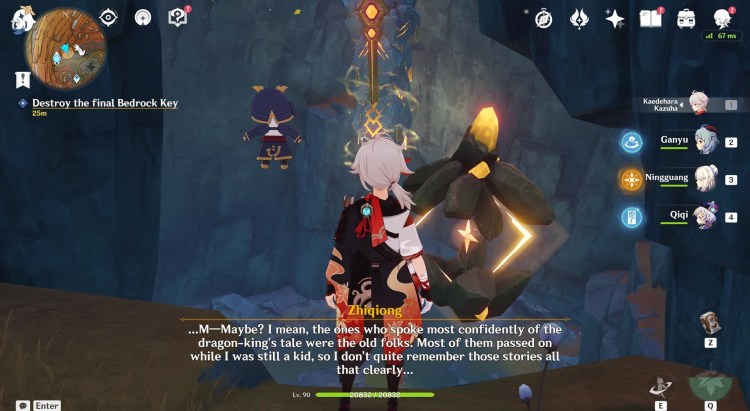 Genshin Impact: How to unlock the Lost Valley domain in The Chasm