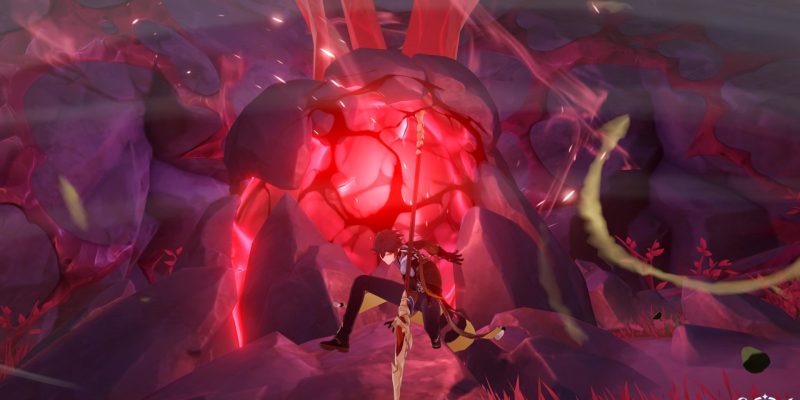 You’ll find several new weapons in Genshin Impact‘s Dragonspine region. There’s the Festering Desire sword from an event, as well as the Snow-Tombed Starsilver claymore from a secret room. Oh, and there’s also the Dragonspine Spear. You can get it by completing the “Festering Fang” sidequest, one that has you looking for Strange Tooth items in various areas. Here’s our guide to help you out.

Genshin Impact: Getting the Dragonspine Spear from the “Festering Fang” sidequest

It’s likely that you’ll stumble upon the “Festering Fang” sidequest while exploring Genshin Impact‘s Dragonspine region. All you need to do is find your first Strange Tooth (you can see the four locations marked below).

After finding one, return to the Adventurer’s Camp just northeast of Dragonspine. Speak with Iris and Orban and the latter will give you the sidequest proper.

It has the following requirements: 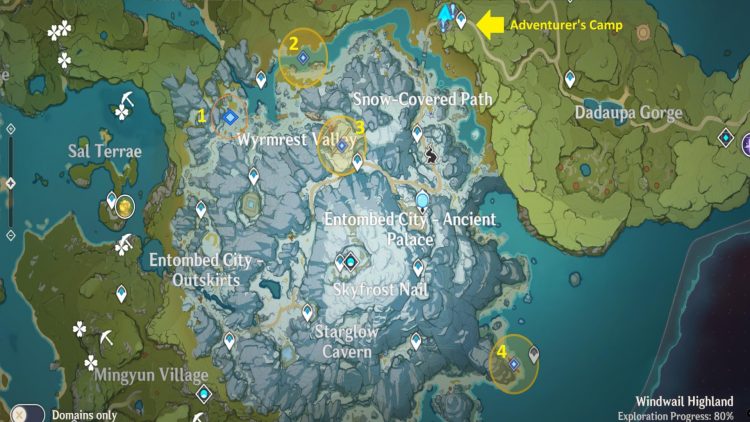 Since you’ve already grabbed one Strange Tooth, Orban will reveal the locations of the other three. Here’s the gist: 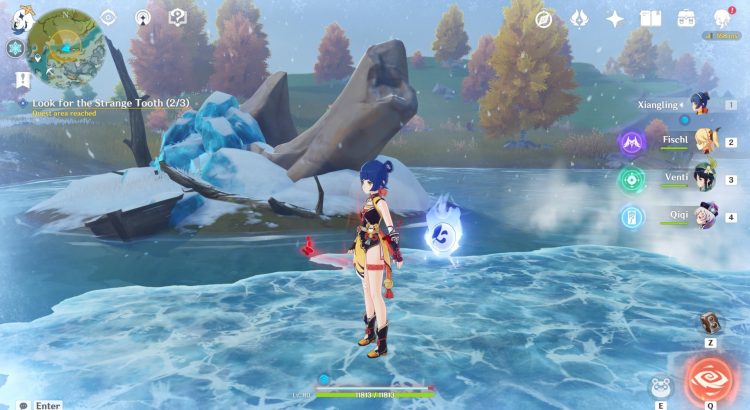 Starsilver nodes are found all over Dragonspine. To speed things up, make sure you’ve got a claymore-wielding character to break those nodes quickly.

If you want an efficient farming route, you can watch the video below from YouTuber KyoStinV:

This weapon crafting material is obtained via the following sources: 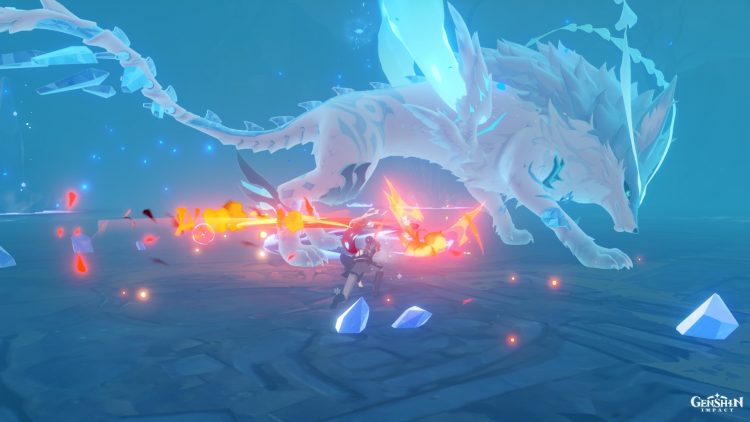 Once you have all the materials, return to Orban. He’ll tell you to empower the Strange Tooth further by heading to the heart of Dragonspine mountain. 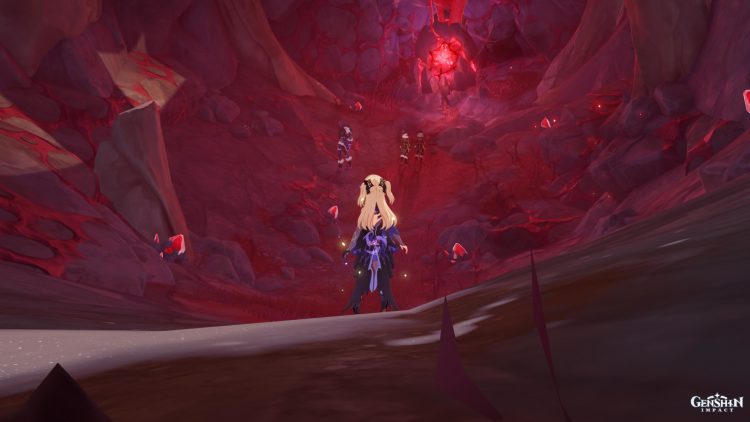 Interact with the red crystal that looks like a heart and be ready to fight several Fatui soldiers. Try to have a Cryo-based character with you because those Electro shields can be tough to crack.

When you’re done, insert the Strange Tooth in the “heart” to enhance it. 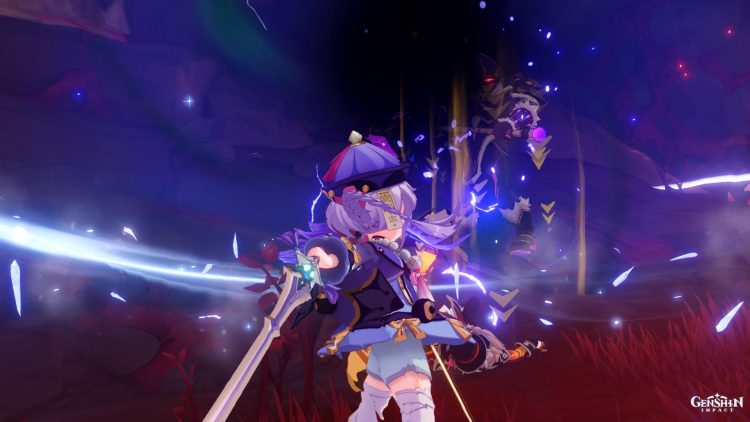 Make your way back to Orban. You’ll now be able to give him all the materials, allowing him to forge the Dragonspine Spear weapon.

Likewise, he’ll provide you with the crafting diagram in case you want to make more of these for refining purposes.

Note: To create additional Dragonspine Spears, you’ll need the same materials as before (1x Northlander Polearm Prototype and 50x Starsilver ore). You also need 8x Vitalized Dragontooth. You can get these from the four Strange Tooth locations mentioned earlier (just return after Genshin Impact‘s daily reset to get additional ones). Then, use the “heart” to turn Strange Tooth into Vitalized Dragontooth. 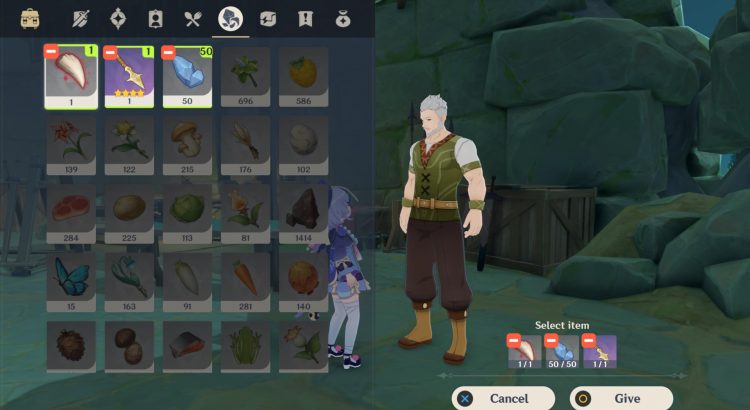 Anyway, the Dragonspine Spear has the “Frost Burial” perk. It’s similar to the one found on the Snow-Tombed Starsilver claymore:

Hitting an enemy with a normal or charged attack has a 60% chance of dropping an icicle on them which deals 80% AoE attack damage. Enemies affected by Cryo are dealt 200% attack damage. The effect can only occur once every 10 seconds.

The question, however, is if you should boost it further. Personally, I haven’t upgraded it too much. As it stands, the Crescent Pike tends to deal more damage whenever its effect is active (and that usually has a high uptime). That’s the BIS weapon for both Xiangling and Zhongli (who I’m not too keen on using due to some disappointments). If you’re keen on trying it out, you can always give it a go. 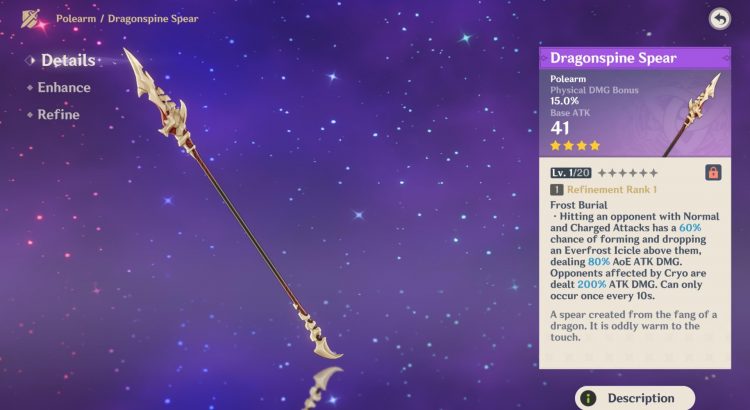