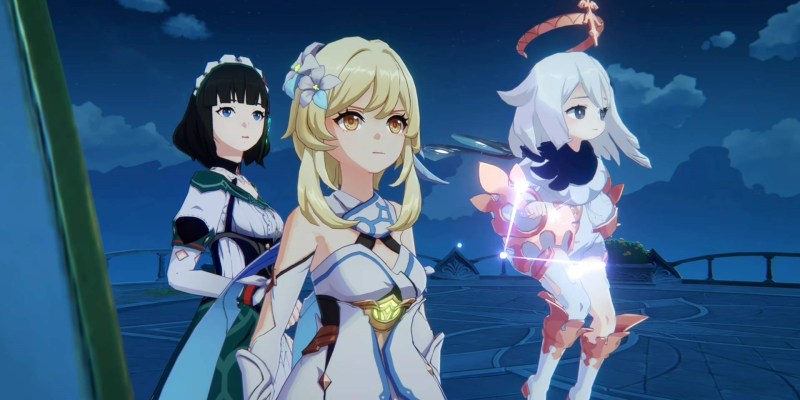 The Traveler will meet new friends and foes as part of Genshin Impact‘s version 3.1 update. Your journey will take you all around Sumeru City (again), but, eventually, you’ll end up in the desert. Here’s our Genshin Impact Dreams, Emptiness, Decpetion quest guide to help you with Archon Quest Chapter 3 – Act 3.

It bears mentioning that Archon Quests in Genshin Impact will eat up a lot of your time. This one is no different, as it requires the completion of all previous objectives, including the Sabzeruz Festival. With that done, you’ll know that Nahida, the Dendro Archon, is controlling the body of Katheryne. She’s also the one that you need to talk to if you want to start the Dreams, Emptiness, Deception Archon Quest in Genshin Impact.

Note: Katheryne is involved in a bunch of quests in Sumeru. If you’re unable to talk to her now or much later, check the task that you still need to complete. More often than not, you’ll only need to do the initial step and not all the objectives.

Anyway, the initial goal is to find out what’s going on in the Akademiya through a researcher NPC named Setaria. The tasks here are fairly straightforward, if a bit boring. You’ll need to talk to the vendor and fortune teller NPCs here.

When you’re done, wait until the assigned time so Setaria arrives. Katheryne/Nahida will begin mind controlling the NPCs, forcing Setaria to believe more in the imminent return of the Scarlet King.

Make your way to the Akademiya normally. A cinematic will play, where the Traveler and Nahida are surprised by dozens of Sumeru’s citizens clapping at them. Then, one of the Fatui Harbingers, Il Dottore, the Doctor, introduces himself. He’s begun manipulating the Akasha Terminals to control the citizens, causing them to mob the Traveler.

The Traveler is able to escape, and you’ll need to head to Gandharva Ville to find Tighnari. After a short bout with some mercs, you’ll realize that he’s not there, but Collei tells you to make your way to Pardis Dhyai.

In the temple, you’ll see Katheryne/Nahida once more (looks like she was able to escape as well). Likewise, you’ll meet Haypasia, the same NPC you helped out in the cave domain. She’s finally completed her training, and she attempts to show you a vision.

In a shocking reveal, it’s shown that Scaramouche also has a hand in the events transpiring in Sumeru. He promises to eliminate all trace of humanity in him. (Now that I think about it, Scaramouche does remind me of a more melancholy Seta Soujiro from Rurouni Kenshin.)

I digress. Anyway, another scene will play where the guards attempt to attack the Traveler. However, they end up stabbing and killing the Katheryne puppet. Nahida was able to jack into the Traveler’s consciousness to escape, but Scaramouche seems to be aware of her now.

After a short conversation with Tighnari, you’re told to head to Caravan Ribat in the southwestern section of Sumeru (if we’re talking about the jungle territory only). There, you’ll spot Alhaitham, who’ll ask you to follow him.

Your next goal is to travel to Aaru Village, which is in the desert zone of the region. It’s also where you’ll find the closest Statue of the Seven.

Alhaitham comes to blows when Cyno, a general of the Akademiya, attacks. However, Dehya arrives to calm everyone down. They all head to the house of yet another new character, Candace, the protector of Aaru Village.

A back and forth conversation ensues, and you’ll learn more about what’s going on. Alhaitham, who previously acquired the Divine Knowledge Capsule, is plagued with doubts. Cyno, meanwhile, finds the events in the Akademiya very suspicious.

After chatting with Cyno and a kid NPC, as well as fighting a few Rifthounds, you’ll learn about the mad scholars that have visited Aaru Village. This completes the Dreams, Emptiness, Deception Archon Quest in Genshin Impact. Don’t forget that Chapter 3 – Act 4 is also live, and you can do that whenever you feel like it.

By Cameron Woolsey59 mins ago
Guides