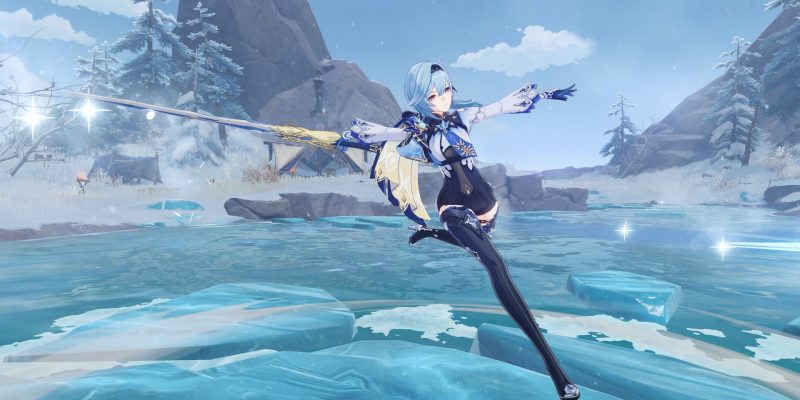 We’ve discussed Eula’s weapons, artifacts, and talents in-depth already, but is she actually viable in your Genshin Impact comps?

Okay, to be frank, Eula is very powerful. However, she’s also a “selfish carry” main DPS who’ll be extremely reliant on a full rotation. The reason for this is due to stacking her Lightfall Sword energy charges while debuffing enemies with Grimheart.

Note 1: This rotation should be used after you’ve unlocked the “Wellspring of War-Lust” talent (after ascending her past level 70). 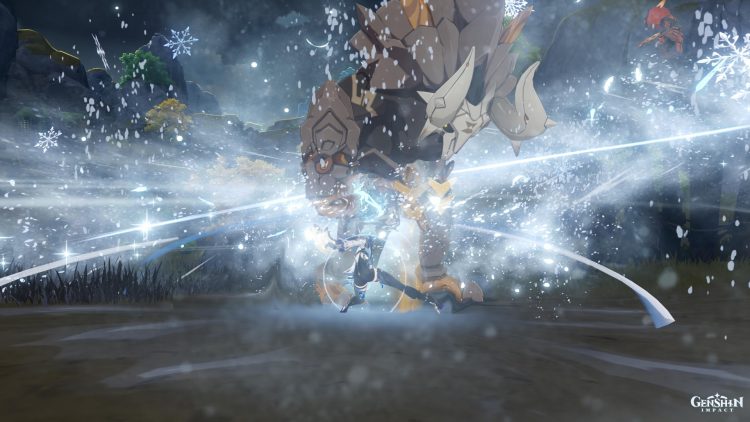 If you time everything right, the Lightfall Sword should explode after seven seconds  (after you’ve consumed the Grimheart stacks). In conjunction with all the energy stacks you’ve obtained, along with foes debuffed by the Grimheart consumption, you’ll notice the massive Physical damage once the Lightfall Sword goes boom. You can hit for roughly 180,000 to 215,000 damage depending on your weapons and artifacts.

In any case, since we’re highly reliant on the Lightfall Sword’s explosion, we’re going to need artifacts and weapons that can exponentially boost Physical damage further (not Cryo damage). Lastly, the above implies that you should avoid switching to another character while Eula’s in the middle of her rotation. Doing so can severely ruin your timing and the DPS output. At best, you can pre-cast skills from other characters such as Fischl, Albedo, or Xiangling (and other Pyro characters for the Melt proc). Then, swap to Eula and let her have a go at enemies.

Genshin Impact is available via its official website. For more information, check out our guides and features hub as well as our version 1.5 overview.