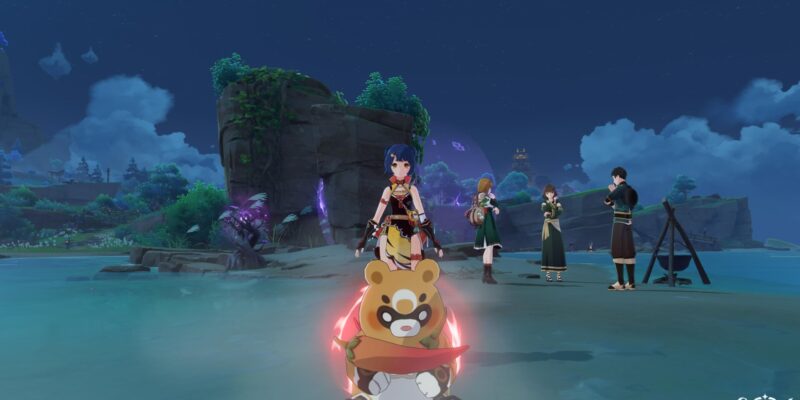 Gourmet Supremos is a fairly short sidequest in Genshin Impact‘s Inazuma region. You’ll meet a trio of peeps who are eager to try new delicacies. Unfortunately, they’re completely inept which is why they’d need the Traveler’s aid. Here’s our Genshin Impact Gourmet Supremos guide to help you with the tasks and the recipes that you can obtain.

You’ll meet the Gourmet Supremos trio just outside Ritou near the beach going to Konda Village. They’re next to a Thunder Barrier, and they need you to pick up a Special Sakura Bloom. Just interact with the Thunder Bough/Electrograna to pass through, claim the item, and hand it over to them. You’ll receive the Sakura Tempura recipe. 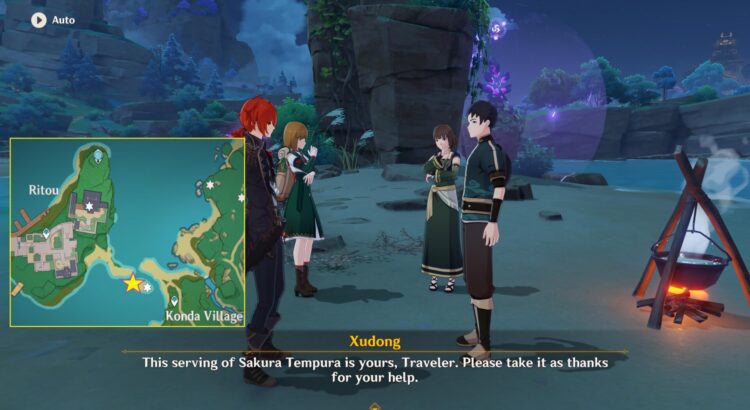 Go to the Grand Narukami Shrine at the northern section of Narukami Island. Interact with the Sacred Sakura Tree and Paimon will tell you about the recipe that you received.

Although no marker tells you of where the Gourmet Supremos group went off to next, you’ll eventually find them north of the Kujou Encampment fast travel point in Kannazuka. They’re chilling near a Thunder Sakura, a tree that causes anyone nearby to get struck with lightning. Take the Electrograna buff, place the trap on the glowing spot, and catch the Gourmet Crab that spawns. Give it to them to receive the Crab Roe Kourayaki recipe. 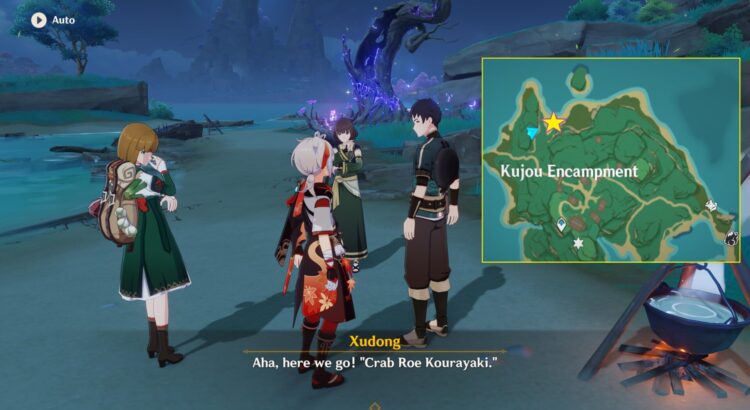 The next time you see the Gourmet Supremos cooking aficionados, they’re down an underground cavern just south of the Momiji-Dyed Court domain on Yashiori Island. If you already did the Orobashi’s Legacy quest, then you’re all set. If you haven’t yet, you’ll need to take the Electrograna buff from the Thunder Bough plant above ground, then pass through the barrier to activate the switch.

This will drain the water, allowing you to head down and claim the Fresh Seagrass that they’re looking for. You’ll receive the Onigiri for your efforts. 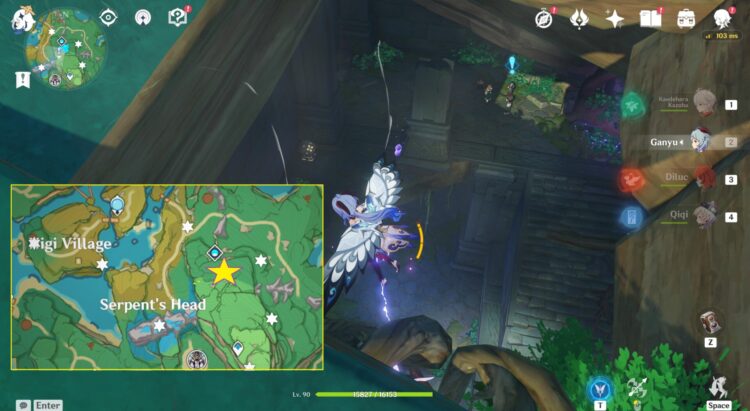 Fast travel to Inazuma City and make your way to the restaurant to talk to this bunch. They’ll go to Chinju Forest, so find them there. There will be three glowing spots nearby that have ingredients. Gather them and speak to the group to conclude Genshin Impact’s Gourmet Supremos quest chain. 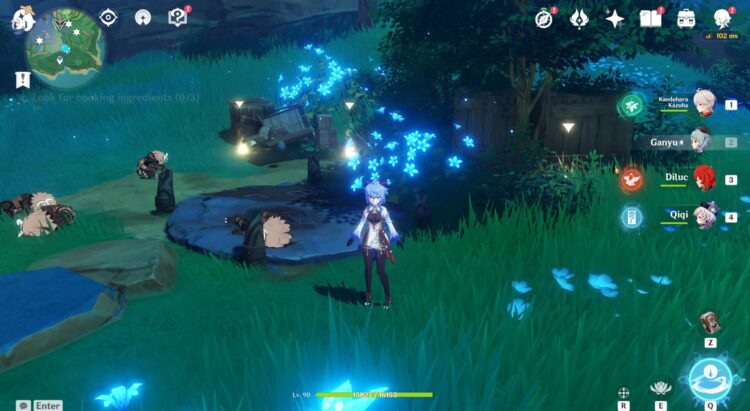